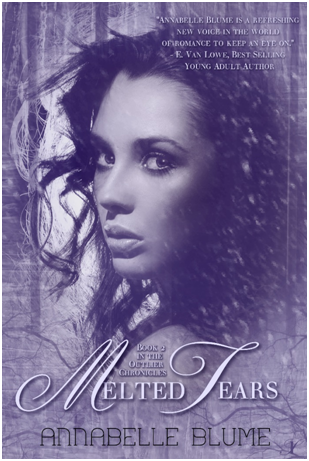 Two lovers face off against a government determined to keep them apart. It’s only brave if it’s hard.

After a decade of being alone in the wilderness, Cressenda is still adjusting to life with the man of her dreams. When Beckett hatches a plan to break her parents out of The Affinity prison work camps, Cressenda must make the biggest sacrifice of her life; trading her freedom for her parents’. Cressenda’s fortitude is tested at every turn, from surviving the conditions of West Fallen work camp to believing in Beckett’s dedication to their plan and their love, even when it looks like all hope is lost. With the help of a unlikely ally, Cressenda learns to stop fighting against her fears and embrace the power of fighting for her dreams.

Will trusting Beckett to take down The Affinity be the ultimate show of faith or a fatal mistake? 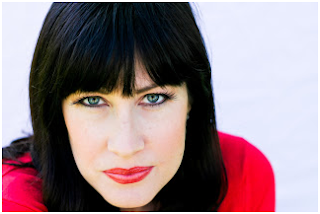 Annabelle is a Science Fiction and Urban Fantasy Romance author, that is, when she's not checking homework or begrudgingly cooking dinner. Wife, mother, and creator of alternate worlds, Annabelle has a penchant for that which is outside the norm.

Her Sociology degree has given her the ability to construct worlds that exist only in her head and translate them passionately to the page. The time spent studying individuals, interpersonal relationships, and particularly, women, within the constraints of our society led to Annabelle's unabashed ability to talk about sex as it fits into our modern lives.

She's also the author/personality of The Bombshell Mommy at Vitacost.com, where she expounds her knowledge of being a vixen clad in sweatpants.

A serial book monogamist, Annabelle is deeply devoted to the literary love of her life until the next amazing book falls into her clutches and she obsesses anew.

Don’t forget to check out the first book
A decade surviving on her own. 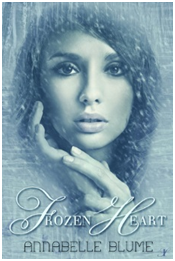 Three days with the enemy.
Can love conquer all?

Cressenda knows how to survive. With her sled dogs as her only companions, she’s spent the past ten years hiding in the snow covered wilderness from the oppressive regime of the Affinity. When a routine trip to civilization takes a turn for the worst, Cressenda is forced to take refuge with the enemy or lose her life to the frozen countryside.

But Beckett, a Guard of the Affinity, is more than a man in uniform. His desperate need to help Cressenda escape both- the blizzard and the Affinity- makes her feelings for him all the more troubling. Will Beckett be true to his word and set Cressenda free? Will her heart let her leave after all they’ve shared?