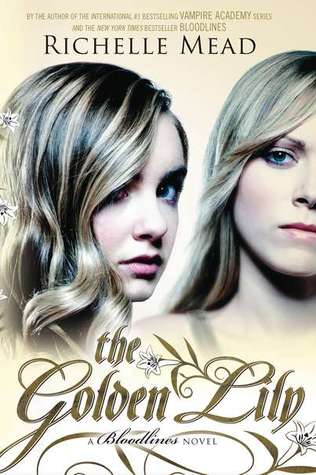 Sydney would love to go to college, but instead, she’s been sent into hiding at a posh boarding school in Palm Springs, California–tasked with protecting Moroi princess Jill Dragomir from assassins who want to throw the Moroi court into civil war. Formerly in disgrace, Sydney is now praised for her loyalty and obedience, and held up as the model of an exemplary Alchemist.

But the closer she grows to Jill, Eddie, and especially Adrian, the more she finds herself questioning her age–old Alchemist beliefs, her idea of family, and the sense of what it means to truly belong. Her world becomes even more complicated when magical experiments show Sydney may hold the key to prevent becoming Strigoi—the fiercest vampires, the ones who don’t die. But it’s her fear of being just that—special, magical, powerful—that scares her more than anything. Equally daunting is her new romance with Brayden, a cute, brainy guy who seems to be her match in every way. Yet, as perfect as he seems, Sydney finds herself being drawn to someone else—someone forbidden to her.

When a shocking secret threatens to tear the vampire world apart, Sydney’s loyalties are suddenly tested more than ever before. She wonders how she's supposed to strike a balance between the principles and dogmas she's been taught, and what her instincts are now telling her.

Should she trust the Alchemists—or her heart?

“You're in an awfully good mood," he observed. "Was there a sale at Khakis-R-Us?”


Adrian Ivashkov is reason enough to read this series.


Sydney may have a more boring personality than the fiery Rose as a leading character, but she's also easier for me to relate to. I love that she puts her heart and soul into everything she does. She's smart and she knows it, and she doesn't give in to teasing or peer pressure. When she sees an area where she is weak, she works on making herself better.

The dynamics between Sydney and the other characters places her at the motherly role, Eddie is the body guard, Jill the little sister, Angeline the crazy cousin that they put up with, and Adiran is that hot but annoying neighbor that everyone says they wish would move...but they don't mean it. He grows on you unbelievably. This isn't exactly the roles they play in the book, but you get my point as to what their personality types are like.

In Golden Lily, Sydney is faced with the moral dilemma of becoming too involved in the lives of those Moroi and Dhampirs around her. Alchemists are loyal to their job and nothing else. They don't fraternize with those magic-wielding freaks of nature. So why is helping them what Sydney wants to do more than anything? She battles with her inner demons in this one as well as some other foes.

Next, Adrian is growing. He's still the sarcastic hotty I came to love, but he has a strong desire to better himself. When his father tore down his efforts, it was pretty hard.

There was a ton of fore-shadowing so I felt those huge surprises that I've come to love from Mead were missing.

There are quite a few crushes and pairings happening. Eddie and Angeline have to be the weirdest. Sydney gets a boyfriend who appears to be a clone of her on the surface, but is he really? Jill has some stumbling blocks in her relationship with Micah. There's more, but I'll leave it at that.

I love where this series is going from Golden Lily. I read it very quickly. Sydney is questioning everything and it absolutely needs questioning. Baddies are rising up out of the wood work, and this crew is determined to stomp them out. Definitely recommended.

“I’d mentioned this odd wardrobe choice to Adrian a couple of weeks ago:
“Isn’t Dimitri hot?”
Adrian’s response hadn’t been entirely unexpected:
“Well, yeah, according to most women, at least.”

“For once, you're going to hear something that doesn't fit into your neat, compartmentalized world of order and logic and reason.”

“It doesn't matter. Take Eddie's blood. Take Belikov's blood. Take your own for all I care. But If she doesn't want to give hers, then that's all there is to it. She said no. This conversation is done.”