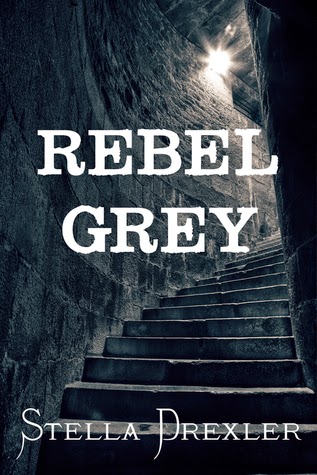 After a great war that destroyed the nation, the government has fallen, and the cities are run by corrupt false monarchies. The Kings and Queens control the law, and the powerless, terrified citizens are being snatched from the streets in droves, accused of treason and imprisoned or worse. The children of the accused must band together just to survive. In Razor City, only the rebel Uprising is willing to stand up to King Scarlet, but their efforts are crushed at every turn by disloyal bounty hunters, bloodthirsty outlaws, Scarlet’s ruthless, vigilant nobles and his cruel son, Dante.
Petra Strom has given up hope. Everyone in Razor City has given up hope.
When Petra discovers Prince Dante beaten half to death in an alley without any memory of his identity or his past, she thinks she’s finally found a way to force Scarlet to release her brother, Ren, and the other falsely accused prisoners. Planning to ransom the prince in exchange for the prisoners, Petra lures Dante back to the children’s secret compound and convinces him he’s one of them, a lost child called Grey whose family was torn apart by the King. As her lies catch up to her and Grey begins to discover who he really is, the children are pursued by the King’s Marshals, bounty hunters and a deadly assassin whose connection to Scarlet might be the real reason the prince was attacked in that alley. Grey begins to uncover the truth about himself and his father, and he knows someone has to end Scarlet’s tyrannical reign once and for all. He might be the only one who can. As they join up with the Uprising, Grey and Petra realize their fight isn’t just about survival or freeing the prisoners anymore. It’s about taking back the city.

"You don't have to like it. But if you want to live,you have to leave it alone and come with me.I'm sorry."

She stepped up to peer up into his face. "It's horrible.But it's the way it is."

I like the concept. The idea that if the world ended as we know it today, and those who acted first with the knowledge and the might could rule a city without real opposition.Then add that more than likely the people that fit this bill are probably involved in organized crime, and you have the makings of a good "we've had enough of you're crap uprising post apocalyptic book". I did enjoy the cloak and dagger aspect of Rebel Grey, the sneaking about and meeting with contacts that you hope are not in the process of betraying at the same time. Also, King Scarlet works well as a bad guy you just want to see lose. I hate to have a book without someone to root against.

For me, the lack of action bugged me. I expected there to be a few fights or at least a little scuffle or something, but nothing ever happened. I would have liked to learn a bit more about some of the other characters around Petra and Grey. I don't really feel like I knew anything about them except the missing loved ones and they were young and on their own, and I still don't understand the point of Petra's brother going to jail but anything more would be a spoiler.

Petra and Grey make for a unlikely romance. She's doing anything she can to get her brother out of the king's prison. Grey, or shall I say Prince Dante, is a spoiled brat that likes to drink too much while reminding those around him of his power. Does he really like her or is he using her to find the rebels for his dad, King Scarlet?

Overall, I liked Rebel Grey. I would have liked it better if it had a bit of action in it. I'm not used to the heroes of a book walking away from people in trouble unless it's a zombie book and then they've already been infected and there is no point drawing attention to yourself. If you need action, you may want to pass. If you enjoy the cloak and dagger, it's worth your time and you should give it a look.

"No. The King hasn't publicized his disappearance. Either he hasn't figured out he's missing yet, or he doesn't want to let anyone know there's a chink in his armor. But there are patrols out in the city. More than usual. And they aren't doing their usual thing. They are probably looking for him."


Petra nodded."I think so. He's just beat up. I need to go into town and get some meds for everyone." She hung her head. "This is all my fault, Lux. I thought I could save us, but I just hurt everyone."


"Yes, but living in Razor City is risky. You know we can't let things keep on this way. We have to do something about Scarlet. We have to get our families back and stop all this once and for all."