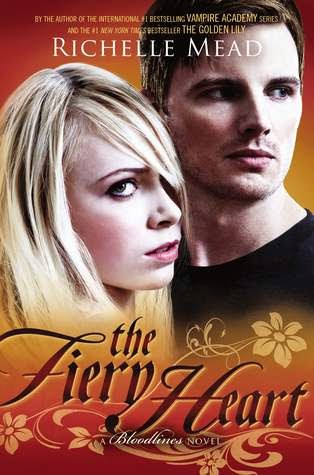 Sydney Sage is an Alchemist, one of a group of humans who dabble in magic and serve to bridge the worlds of humans and vampires. They protect vampire secrets - and human lives.

In The Indigo Spell, Sydney was torn between the Alchemist way of life and what her heart and gut were telling her to do. And in one breathtaking moment that Richelle Mead fans will never forget, she made a decision that shocked even her. . . .

But the struggle isn't over for Sydney. As she navigates the aftermath of her life-changing decision, she still finds herself pulled in too many directions at once. Her sister Zoe has arrived, and while Sydney longs to grow closer to her, there's still so much she must keep secret. Working with Marcus has changed the way she views the Alchemists, and Sydney must tread a careful path as she harnesses her profound magical ability to undermine the way of life she was raised to defend. Consumed by passion and vengeance, Sydney struggles to keep her secret life under wraps as the threat of exposure — and re-education — looms larger than ever.

Pulses will race throughout this smoldering fourth installment in the New York Times bestselling Bloodlines series, where no secret is safe.

"The truth is, when it comes to someone you love, you’ll find there isn’t anything you won’t do.”


We got two POVs for The Fiery Heart! Sydney's and Adrian's inner voices are both explored in this one. I love it when we get the male POV further into the story like this. I don't think it would have worked so well all the way through the series, but now it's perfect.

I do have to say that Adrian's head is full of pandemonium. He is constantly fighting with what Spirit use does to him. Always swinging from the highs and happiness right after using it to the lows a while later, and he has some truly powerful lows.

I felt like I was on a roller coaster ride all the way through the read. The emotions were all over the place, and the drop was something I knew would have to happen. The whole time I was reading it, I felt like something terrible was waiting right around the bend. It made me anxious to get through page after page to find out what I was so tense about.

One of my favorite moments was that second when all the prejudicial walls were down and Moroi, Dhampir, Alchemist, and Warrior of the Light were all fighting Strigoi together. It was just proof that no matter how much a "group" wants to brainwash it's members that other groups are "evil", that there are a few individuals willing to break out and see the people for who they really are. It's beautiful.

There's is nothing that I can think of to list as a negative for this one.

There are always little romantic intrigues with this group. There are some couplings going on and some great lovey-dovey moments. I love all the characters dearly so seeing them with other great people is a lot of fun and feels deserved.

A fantastic read. I ate it up word for word until I was led to a heart-stopping ending. Excuse me while I go read Silver Shadows now. Recommended for sure.


“Escape plan number seventeen," I told her. "Run away and open a juice stand in Fresno."
"Why Fresno?"
"Sounds like the kind of place people drink a lot of juice.”

“An image of Sydney's face appeared in my mind's eye, calm and lovely.
I believe in you.
My anxiety faded.
I took a deep breath and met the gazes of all those watching me in the room.
Who was I to do this?
I was Adrian Ivashkov.

And I was about to kick some ass.”

Rowena had fixed me with a flat look. “Let’s get one thing straight. I can see through crap a mile away, and I like girls, not guys, so if you can’t handle me telling you what’s what, then you’d better take your one-liners and hair gel somewhere else. I don’t go to this school to put up with pretty boys like you. I’m here to face dubious employment options with a painting degree and then go get a Guinness after class.”
I’d scooted my chair closer to the table. “You and I are going to get along just fine.”

“It’s Adrian Ivashkov logic. Don’t try to understand it. Just roll with it.”
Posted by JezzebellJC at 12:00 AM