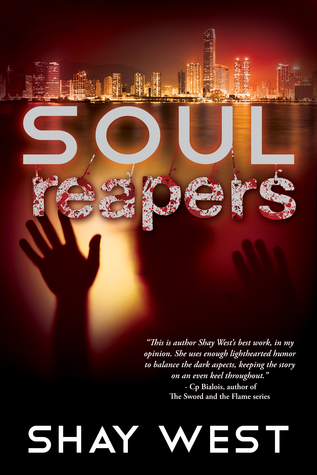 Detectives Elliot “Eli” Robbins and Ava Aguilar are stumped by a series of seemingly unrelated kidnappings. Utilizing all possible resources, Eli and Ava struggle to find answers despite little physical evidence and few witnesses. When a strange piece of paper is found at one of the crime scenes, it sends Eli and Ava on a chase for a killer who isn’t what he seems.

Eli bent down, grabbing a pair of gloves out of his jacket pocket. His heart hammered in his chest as he carefully picked up a scrap of paper. He turned it over, the red spot standing out against the pristine white. He’d been a cop long enough that he recognized the spot as blood. But is it Lucy’s?


I love Eli and Ava. They make a great team and not just as detectives in my opinion. The banter between the two feels real and I can really picture them clearly in their every day lives. The story itself kept me interested as I also wanted to see the killer caught and done away with. Also, for once I enjoyed the cliff hanger at the end of a book. And Irena is a fun new character I'd like to hear more about.


I hate to say bad as it's more have to live with it for the story's sake. Some of the investigation feels a bit long at times which I'm ok with as overall it makes it more believable. You have to have all the failed leads or it seems too easy.


Eli is in love with Ava but they work together and the job frowns upon that. Plus he's not too sure how she feels about him. Ava play's her cards close to her chest though and start's a relationship with Eli's neighbor.

A great reminder that we always be aware of our surroundings. If you enjoy a good detective story with great banter and a fare bit of sarcasm you'll enjoy this one. Strong characters and a believable supernatural thriller. I totally recommend not only this one but book one as well. Love this series by Shay West.

He tipped his beer toward her. “Damn right he’s not. Tani and Keena defected, came to us with the truth of the murders, and risked their lives to stop Kelhar. Satrick never did any of that. Hell, he probably wishes he could go back home so he can return to being a Harvester.”


There were only a few hours left to perform the ritual. Plenty of time. The man moved about the cave, examining his handiwork thus far, crooning softly under his breath as he passed each corpse. It won’t be long now.


Eli held up his hands and laughed. “Sorry I said anything.” He narrowed his eyes. “You’re not going to curse me or something are you?”
“You’re a riot, Robbins,” she said as she got up from her desk. As she passed behind him on her way back to evidence, she leaned down and whispered in his ear. “Of course, if I do, you’ll never see it coming.”
He laughed, but swallowed hard when she was out of earshot. He’d heard stories of Ava’s grandmother and her practice of voodoo. Ava tried to convince him that voodoo wasn’t what he thought, but he wasn’t taking any chances.