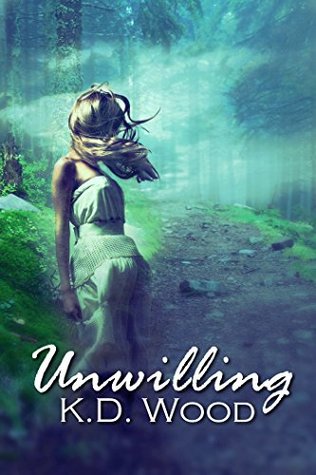 Neely McIntire’s dreams warn her about the future but will not protect her from the danger hiding in plain sight. On graduation night, she plans to tell her best friend, Hayden Nelson, that she's in love with him. Instead, they argue. Neely's hurt feelings leave her vulnerable, giving her secret admirer, Andrew Huckley, the opportunity to put his mother’s monstrous plan into motion. When Neely gives into her broken heart and pushes him away, Hayden knows he must fight to recapture the spark he felt in their last kiss. But will he find her in time to reverse the damage or will she be changed forever?

Now hours later, the creepy feeling that I'd missed something, something important, held my attention, despite being in a sweltering room full of every memaw and cousin in Jones County. Sweat started to run out of my hair. The heat in the gym was slowly reaching nuclear proportions with so many bodies packed into the bleachers.


This was a crazy ride! Don't let the blurb lull you into a false security that this book is all about Neely and a broken heart regarding Hayden. While there definitely is a love story involved, there is so much wildness thrown into these pages.

It's really hard to describe this book without giving away spoilers, which is why I'm sure that the blurb for it is so light on details. Let me tell you, this is nothing like anything I've read before. While reading Unwilling, the POVs switch between Neely and Hayden. In between, there are little glimpses of dreams that Neely has that made absolutely no sense to me, but provided little clues as to what was going on. Even though it says paranormal, this is a mixture of mystery, horror, mythology, and romance, and it all mixes together wonderfully.

I read this book in hours. Over 300 pages, I couldn't put it down until I'd read the last word and it left me wanting to pick up the follow up book Unloved. Mostly, I was obsessed with finding out what happened to Neely and with making sure that she made it out of everything safely. What she went through is heartbreaking for both her and everyone that loves her.


There were at least 10 grammar errors that I noticed while reading. Unwilling could use another pass through the proofreading process, but it did not take away from my enjoyment of the story.


So good...and bad. But that's what makes the story great. Neely is in love with her childhood friend Hayden. When she tries to tell him, he ends up acting like an idiot so she never gets it out. Instead, it opens the way for McCreepy to sidle up next to Neely and cause so much destruction. Andrew Huckley, McCreepy, is in love with Neely and he has so many secrets along with the determination to do anything to have Neely love him.

Unwilling is fantastic. I gasped so many times while reading. The turns the story takes make for a roller-coaster ride of emotions.  The characters have an impact, and you want to see things work out. When you are in the mood for something different that grasps hold of you until you finish it, then I recommend reading Unwilling.

"Ivan Andrew Huckley Junior." The next name blasted out of the PA system. I glanced down to the end of the row and found Andrew staring at my exposed knees. His eyes flashed a bright green in the low light. Hungry.. He actually looked...starved...and that I might be exactly what he wanted on his plate.

"Sorry, little lamb." She tapped the syringe with a perfectly lacquered red nail. Moonlight silvered the single drop clinging to the point. "You've already had a good bit of this." Air rushed into my lungs when the needle bit into my flesh. "So try not to die on me."

The bone in her wrist looked huge. Her arm had become so thin. How had I not noticed before now? "Neely, please don't stop fighting."
Posted by JezzebellJC at 12:00 AM