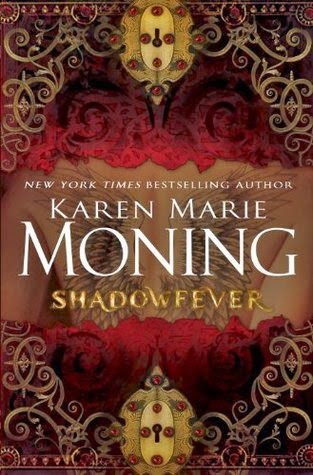 “Evil is a completely different creature, Mac. Evil is bad that believes it’s good.” — MacKayla Lane was just a child when she and her sister, Alina, were given up for adoption and banished from Ireland forever. — Twenty years later, Alina is dead and Mac has returned to the country that expelled them to hunt her sister’s murderer. But after discovering that she descends from a bloodline both gifted and cursed, Mac is plunged into a secret history: an ancient conflict between humans and immortals who have lived concealed among us for thousands of years.

What follows is a shocking chain of events with devastating consequences, and now Mac struggles to cope with grief while continuing her mission to acquire and control the Sinsar Dubh -- a book of dark, forbidden magic scribed by the mythical Unseelie King, containing the power to create and destroy worlds.

In an epic battle between humans and Fae, the hunter becomes the hunted when the Sinsar Dubh turns on Mac and begins mowing a deadly path through those she loves.

Who can she turn to? Who can she trust? Who is the woman haunting her dreams? More important, who is Mac herself and what is the destiny she glimpses in the black and crimson designs of an ancient tarot card?


Every single question is finally answered. Who killed Alina? Who is Mac? What is Barrons? There are also answers to questions I didn't even know to ask while reading the series. Plus, there's blessedly no cliffhanger!

This one races from one thing to another in a way that I found myself asking if everything that I thought happened in Shadowfever was actually in this book or one of the previous ones. Turns out it was. There are a ton of twists and turns that made me feel one way and then question how I felt before.

In this one, Mac finally understands how Barrons always said to trust actions instead of words. Are the words really that important? Mac finally grasped that words could and most likely would be lies and the proof is in the pudding, so to speak. I'm very happy with all the parts of how the series finished. I'm very sad to say goodbye to Mac and Barrons, but it was worth it for that trip.

Things with Dani were left unwrapped. I'm hoping that storyline is expounded on in the spin-off with her.

YES! More romance. I love Jericho Z. Barrons. That is all.

An excellent conclusion to the series. So much happens, it's unbelievable. The world has been built amazingly well, and the story finished in a surprising yet satisfying way. You really should read this series.


“Some people bring out the worst in you, others bring out the best, and then there are those remarkably rare, addictive ones who just bring out the most. Of everything.
They make you feel so alive that you'd follow them straight into hell, just to keep getting your fix.”

“Dying is overrated. Human sentimentality has twisted it into the ultimate act of love. Biggest load of bullshit in the world. Dying for someone isn't the hard thing. The man that dies escapes. Plain and simple. Game over. End of pain...Try living for someone. Through it all-good, bad, thick, thin, joy, suffering. That's the hard thing.”

“I'm not the hero, Mac. Never have been. Never will be. Let us be perfectly clear: I'm not the antihero, either, so quit waiting to discover my hidden potential. There's nothing to redeem me.”
Posted by JezzebellJC at 12:00 AM