This week's sidekick type is - Vampire:

My choice is Della Tsang from Shadow Falls 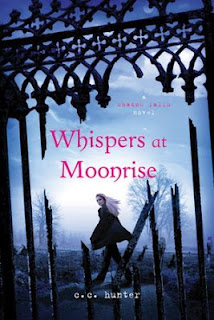 Della is a vampire that is best friends with Kylie and Miranda at Shadow Falls Camp. She is Asian-American, pale-skinned, with shiny black hair and eyes that change from green to gold when she is angry. She has a wicked temper and is often getting into bicker matches with Miranda that Kylie has to break up. She is very loyal and dreads spending time with her family. As a vampire, she has enhanced senses, speed, and strength. She even got her own short story, Turned at Dark. 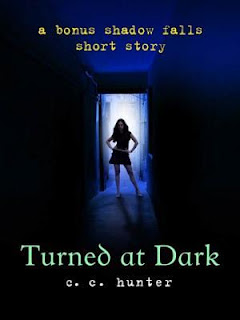 
“Wow,” Kylie muttered, and grinned.
“Yeah, wow.” Della leaned in closer. “I think Perry just grew a pair.”
Kylie bit down on her lip to keep from laughing. “If this was a movie,
there would be some music playing in the background.”
“I could sing,” Della chuckled.
“And ruin it,” Kylie teased back. “I’ve heard you singing in the
shower.”


“Wow," Miranda said, "You'd better be careful Della. In the last few days, I think you've used up your vampire quota of apologies for the next ten years."


“I'm find," her voice squeaked out. Remembering the maggots-and not one hundred percent sure the ghost had taken them with her-Kylie leapt up, yanked the covers off the bed, and tossed them on the floor, she backed away from the pile of bedding.

Kylie jumped from foot to foot and brushed off imaginary maggots that she felt crawling on her skin.

Della stood there in Mickey Mouse pajamas, staring at her as if she didn't' know whether to laugh or run.

Kylie stopped dancing and tried to breathe normally. "If I die, promise me I'll be cremated."

"Not that I'm planning to die anytime soon." She gave her arm one more swipe. "But still."

Della shook her head. "I don't know why you pretend you're okay.”


Who is your SkS?

Posted by JezzebellJC at 9:30 PM