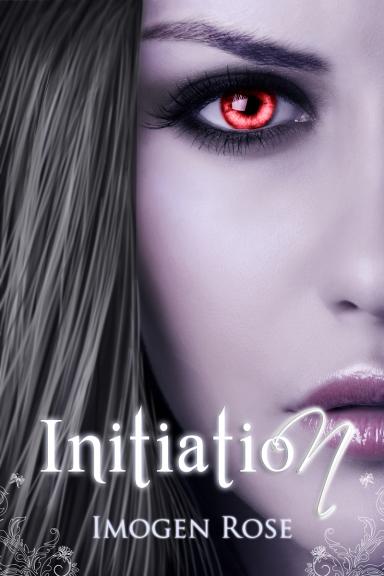 Summary
Welcome to Bonfire Academy. Set in the foothills of the alpine mountains in St.Moritz, this exclusive private school caters to a special kind of student. Enter at your own risk... but if you are human, you may not want to enter at all.

This is part one of the prequel series (Bonfire Academy) in the Bonfire Chronicles. Book two, INTEGRATION, will be released summer 2012.

I read and enjoyed Imogen Rose's Portal Series so when I saw this cover, I admit that I was intrigued. Then I investigated more and found that this book is filled with supernaturals and had to give it a shot.

Cordelia, a demon princess, returns to the Bonfire Academy for her 3rd year after a fire ravaged it 3 months ago. She is tasked to mentor a new Initiate, a hybrid-demon, Faustine who is half human. After a group of shifters attacks the two of them, there follows a series of trial, punishment, and rule-breaking while Cordelia, Faustine, and friends try to find justice.

Imogen Rose is great at getting you to really see what her characters are seeing, and I enjoyed the imagery provided.  I had no trouble feeling like I could see the world she created for this book. I laughed out loud multiple times while reading, generally surrounding the character of Jagger who is a winter faery. The dialogue, both internal and with other characters, is witty and engaging. The story itself was interesting, and there was constant movement. I don't think Cordelia could sit still for long so I wasn't bored at all while reading.

Even though you could see the world clearly, the characters weren't as sharply defined so I had a hard time imagining what they looked like. The way a couple of the characters were introduced had me going back a few pages to see if I missed something because they just appeared and were already important so it seemed like I should know them. I am wondering if it seemed this way to me because I haven't read the Bonfire Chronicles and this is a prequel.

This is a YA series, but there are sexual situations implied. The love interests for the characters have a lot of promise and could easily be book crushes. Cordelia tells us that supernaturals do not have the same morals as humans do and you can definitely tell that in the way they handle their romantic relationships. I don't think they really understand love at all but they have lust down pat.

For the most part, I enjoyed reading Initiation and will most likely find the others in the Bonfire Chronicles to read them as well.  Cordelia, Faustine, Jagger, and Ryker have already gotten their claws into me and I want to know more about them.

However, I was not happy with the ending which didn't conclude anything in the plot and left me hanging. Not only that, but it has a hook at the end that really makes you want the next one.

I would recommend this book to YA readers that like Fantasy and Paranormal.


"The first Golden Rule is you do not talk about the Academy with outsiders."

"The second Golden Rule is trust no one."

"Now for the third Golden Rule: Never miss a meal."

"Jagger gave her his look. I could see Melissa eating it all up, giving in to his thick, sexy aura. I was overcome with jealousy. 'Anytime, Jagger. You're always welcome. Will you be at Frau Smelder's dinner tonight?' she purred."

"I was totally drowning in epic fail moments, last night having been the blockbuster."

"I don't blame you. It's weird how her human blood is even more aromatic than regular human blood. I had a hard time not going up to her and sniffing. That would have freaked her out."
Posted by JezzebellJC at 2:48 PM