• Choose a sidekick *or someone other than the hero or heroine* that you would like to put in the spotlight that fits in the week's topic
• Share a picture (if you can) and information about the character
• Give the title and author of a book the character can be found in
• Please don't include too many spoilers when describing why the character is such a great sidekick
• The day of your post, click the 'Sidekicks' link in my header and enter the link for your post. Here, you can also see anyone else that posted during the month to visit their Sidekick Showcase's as well. 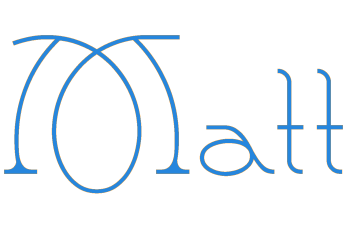 Topic ideas for November are Soldier (November 10 is the birthday of the United States Marine Corps), Children (National Homeless Youth Awareness Month) or bearded folk (No Shave November).That being said and since I rock a beard myself I chose my favorite bearded sidekick.

My choice is Balin
from The Hobbit by J.R.R. Tolkien


You may be wondering what makes him standout from the other dwarves in the fellowship. Well despite being the second oldest in the group he is the first to accept Bilbo and start showing him respect.  Balin has a good heart and is loyal as he is the only one willing to accompany Bilbo down the secret passage to Smaug. Of all the dwarves he is the only one that is mentioned to visit him at Bag End. He also has a great sense of humor and shows it when Bilbo explains how he used the ring to turn invisible and so sneak up on the group after escaping the goblins.

“Gollum! Well I’m blest! So that’s how he sneaked past me, is it? Now I know! Just crept quietly along did you, Mr. Baggins? Buttons all over the doorstep! Good old Bilbo—Bilbo—Bilbo—bo-bo-bo—“ And then he fell asleep, and there was complete silence for a long while.


"Well it is the first time that even a mouse has crept along carefully and quietly under my very nose and not been spottted," said Ballin," and I take off my hood to you." Which he did.


Balin: Wouldn't bother, lad. Swords are named for the great deeds they do in war.
Bilbo Baggins: What are you saying? That my sword hasn't seen battle?
Balin: Not actually sure it is a sword. More of a letter opener, really.

Follow my blog with Bloglovin
Posted by JezzebellJC at 9:44 AM