Review: The City Center (The New Agenda #1) by Simone Pond 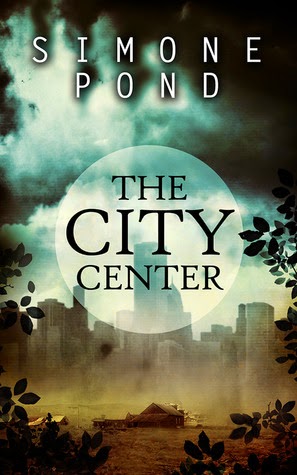 During the man-made apocalypse in the 21st century, a group of elites killed off a majority of the population. Only two groups of survivors remained––those selected to reside inside the Los Angeles City Center and the rebels, relegated to live on the Outside.

Centuries later, Ava Rhodes is one of five potential successors competing to become the next Queen of the City Center. A week prior to the final competitions she encounters Joseph, a rebel from the Outside, and discovers her utopian home is actually a prison and breeding facility aimed at designing the perfect human. She escapes with Joseph to the Outside world, sending the City Center’s leader, Chief Morray, into an obsessive pursuit for his property.

Along the journey, Ava falls in love with Joseph and discovers an even darker secret about the fate of her people. She must decide whether to stay with Joseph, or save her people from destruction.

"Unlike you, I want to succeed the throne. I was designed to be king. Not a pointless Duke or some pithy Count. And since they stuck me with you, you better get into the game. If I don't win, I promise you will live a long and miserable life."

Well the good starts with Ava. Despite being programmed to be a shallow unfeeling elitist, she's caring and friendly. She likes to question what’s told to the masses and it makes her a heroine you can get behind. I also liked the city center and the technologies used inside it. The story itself is believable and easy to get hooked into. Chief Morray makes for a great villain and Dickson does really well as a number one henchman.

The romance can be described as love at first sight. Its interesting watching Ava try to figure things out having grown up sheltered like she was.

This is a pretty good dystopian book. It has a strong concept, interesting characters and doesn't leave you with a cliff hanger that drives you nuts. If you enjoy a strong dystopian concept with a very dis-likable villain, I recommend giving it a read.

"I would assume she maintains contact with the mid-rank so she can obtain files from the dark market. We know how women are about their movies," Dickson said.
"No matter how much coding manipulation and reprogramming we do, we can't seem to remove the more menial human desires. That dark-market is an interesting beast."

"I'm not giving her to Morray," Joeseph said.
"You don't have a choice."
"What's that mean?"
"That means your loyalty is to your village. And you will obey my orders."

"Listen to me,  I'm here to help you."
"I'd rather not be helped by a toxic-ridden terrorist." Ava stood in a warrior stance, preparing for battle.
"Look, I only have a few minutes. I really need you forget everything you've been told about the Outsiders. We aren't terrorists."