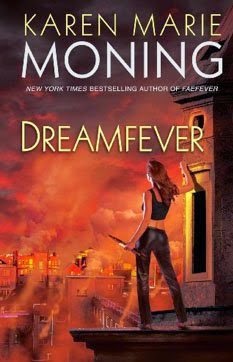 He has stolen her past, but MacKayla will never allow her sister’s murderer to take her future. Yet even the uniquely gifted sidhe-seer is no match for the Lord Master, who has unleashed an insatiable sexual craving that consumes Mac’s every thought—and thrusts her into the seductive realm of two very dangerous men, both of whom she desires but dares not trust.

As the enigmatic Jericho Barrons and the sensual Fae prince V’lane vie for her body and soul, as cryptic entries from her sister’s diary mysteriously appear and the power of the Dark Book weaves its annihilating path through the city, Mac’s greatest enemy delivers a final challenge.…

It’s an invitation Mac cannot refuse, one that sends her racing home to Georgia, where an even darker threat awaits. With her parents missing and the lives of her loved ones under siege, Mac is about to come face-to-face with a soul-shattering truth—about herself and her sister, about Jericho Barrons…and about the world she thought she knew.

"How much truth can you take, Ms. Lane?”


After the end of Faefever, Mac is permanently altered. She's not herself at all in the beginning of the book and slowly comes back to herself. Only instead of Rainbow Mac, and Gray and Pink Mac, she is now Red and Black leather Mac. I appreciate that her transition in clothing catalogs the inner transitions that she's made as well. She is no longer naive. She's not the trusting, soft girl that anyone can knock over. She doesn't trust anyone anymore. She is on the scene now with guns blazing and everyone else better get out of the way.

I relish the different settings that I got to see in Dreamfever. I got to read about this new Dublin with the walls all the way down between the fae, as well as a trip into the Silvers into the Fae world. The environment was so different that it infused some umph into the storyline and kept the action well-paced.

The characters are simply amazing. Barrons is a hard tough shell, and seeing the funny side of him briefly in this one was brilliant. Christian pops up again with his lovely Scottish excellence. Dani saves Mac and is a hero. She's adorable when she's preening knowing she's done a job well done. V'lane is as mystifying as ever though Mac is no longer in thrall when he's around. Thank you, Moning! I love her strength etched up to this notch. Rowena sickens me. I love that this old, frail woman is actually one of the meanest and revolting characters that surrounds her.

I lacked interest in the beginning chapters that were told from Dani's POV. They were hard for me to get into. Her voice is so different from Mac's and quite honestly hard for me to appreciate. She tends to repeat the same words over and over again. Dani is a character in this series that I adore, but I think I must love her more through Mac's POV because I skipped over the little sections that were her's in this one.

Finally some action in the romance front! Steamy, hot, unrefined romance. Is she falling for the right person?

An absolutely thrilling way for this story to unfold. Mac is being honed into a steel edge through her trials and growing into a character that I can definitely stand behind. Barrons is as cantankerous as ever and I relish every saracastic exchange he and Mac share. The action is here in spades along with strange new landscapes. Recommended.


"Hope strengthens. Fear kills. It's how you go on that defines you."

“You're leaving me, Rainbow Girl.”

“I have a black sense of humor. You try living my life, see what color yours turns.”

“So how did he look at me?"
"Like it was his birthday and you were the cake.”
Posted by JezzebellJC at 12:00 AM