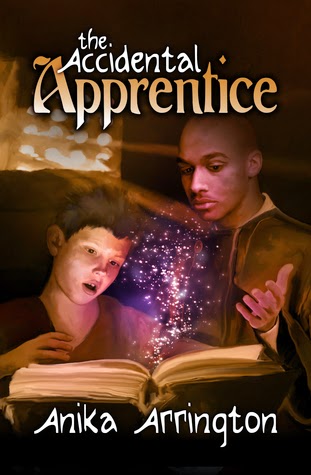 Brilliant and ambitious, Rezdin the Wizard has one goal: impress the king, but he answers to Baron von Dappenshien who refuses him access to Court. Before Rezdin can maneuver himself into the limelight, the king charges von Dappenshien for treason, and Rezdin goes to ground. The wizard finds himself dependent upon the wits and good will of a starving street urchin. But what can he offer little Tommy in return? When old dangers and new alliances rear their menacing heads, Rezdin must decide where his true loyalties lie, and what to do with his new-found entourage of one.

The former street urchin in me wanted to spit at the baron's feet. The educated magician wanted to shrink him until he understood just how small he made others feel. But on the whole, I didn't fancy prison, so I let the temptations slip away.

So it has some fun spells as well as an interesting landscape. The history of the land and what was going on with the people, keeping some plotting and others loyal was great. While I liked a lot of the characters in the book, hero and villain, I wish there was more about Marco Calico. Rezdin's cat was my type of character; good, sarcastic, able to help but holding back because you asked him to (not realizing he could help). Its ok he believes you can do it lol.

It took me a few chapters to get into the book. As there is a lot of ground work laid down, no real action and a lot of political plotting is going on at first. Oh and it has a bit of 'I'm rich so my magic toy needs to be better then so-n-so's magic toy or I'll throw a fit'.

The romance was interesting as it was on the villain side. The villain takes advantage of her jellyfish of a husband to try and overthrow the government. Yet despite how she walks over him and treats him like dirt, ignoring him at times, he continues to love her.

Overall, a fun little fantasy book. The spells and few magic items are fantastic. The characters are different (No he-man/Conan heroes to be found that I can recall). If you enjoy government overthrows, plotting with the enemy with magic tossed in, I suggest you give this book a read.

"The more folks disappear around you, the more people will look at you too close. Magik ain't everywhere in Havensgate. Lower folk can't afford it most times. You start doing spells anytime
someone looks at you twice, and you won't last long. I can help you."

"Your  Rezdin's cat?" I asked in disbelief.
"Technically, Rezdin is my wizard," he corrected. "And he knows me by the name I chose in this world. The pair of you can call me Marco Calico."


"If by fun you mean a never-ending obstacle to tranquility, then yes." I wandered back to my chair and conjured a cup of tea. "Aren't you supposed to be keeping an eye on my student?

"He's reading under the miniature maple in the courtyard. Apparently, he's actually got an interest in all this magikal hogwash."Calico leapt down from my shoulder and returned to his place in front of the fire. "Looks like I'll have to get my entertainment elsewhere."
Posted by JezzebellJC at 12:00 AM