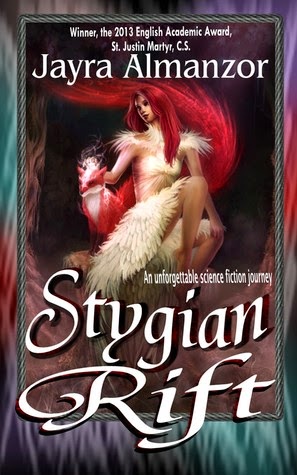 What would you do if you woke up in hell and couldn’t remember a thing?

Suddenly rousing in a place completely different from his world, seventeen-year-old Robert is greeted with accusations, bullying, and fear from the teenagers around him. Life isn’t easy in the new place, especially if it’s the direct opposite of how and where he was raised.
However, there’s something more about the place that gives him the chills. Is it the fact that monsters and demons always get to massacre someone every night, and then leave when dawn comes? Or that he can’t recall what his surname is? Maybe it’s that the locals are always blaming him for what happened to Cleo, a girl whom Robert doesn’t even know.

Determined to find out what happened, how he got there, and how to get out, Robert and his unreliable fox companion tries to persuade the most stubborn party of defeatists to help them on their crusade, or go off on their own. Filled with thrills, devotion, realism and originality, Stygian Rift is one unforgettable, emotional journey!

"Monsters?" I ask, both captivated and astonished by what he said. "for real?"

"You'll know when you see one," he says, his hands balling into fists. "They mutate from your average pooch and kill one of us every single night. I hate 'em. When it gets dark up there, we run, find a hiding place, and hope to live at least one more day."

I enjoyed the different creatures in Stygian Rift and I enjoyed the concept of waking up and trying to survive in a death trap...not only lacking the memory of how you got there but not knowing who you can trust or why you're even there. I also liked that some of the kids who had been there a while and seen too many deaths had grown to be a bit harsh toward the new kids. Kind of a "I’ll learn your name if you live more than a few days and only if you can live a few days" type attitude.

When the main character Rob first gets there, he is a bit confused for the first half of the book it seems which is fine but it felt like Almanzor wanted the reader to take that confused ride with Rob. So yeah I spent a good deal of the book skipping back and forth trying to shake that confused feeling before just kind of rolling with it.

There is romance in the book but it all seems to be dead-end romance. You know I like you but you like her, why won't you notice me type romance. With all the other suffering they deal with, you kind of feel bad for them that they can't at least get on the same page in their love lives.

Overall I did enjoy the book. It was a fun concept with an ending that I didn't see coming. I had pictured a couple different endings and none of them came to pass, so I was very surprised with how it wrapped up. The characters were fun and the monsters and demons interesting. If you're looking for something different this is it.


"Look, I just lost a friend tonight. I just can't deal with everyone else's problems. Besides, they don't want my help. Why don't you ask Hayden the Great for some of his advice? After all, you guys believed him more than me."


"Why would I believe you?" Ophelia sniffs, wiping her nose with the side of her index finger. "After you said those words to me?" No thank you. I'll never, ever, Believe in you again!"


"Have you ever been in love?" That question sounds dumb, even to me. It sounds like a question a five-year-old would ask her mom. I mentally slap myself, wishing I could take it back.
She gives me a series of stutters before gulping hard. " No-I mean not really. I mean I think."
Posted by JezzebellJC at 12:00 AM