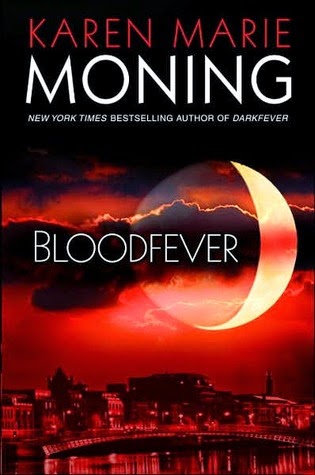 I used to think my sister and I were just two nice southern girls who’d get married in a few years and settle down to a quiet life. Then I discovered that Alina and I descend, not from good wholesome southern stock, but from an ancient Celtic bloodline of powerful sidhe-seers, people who can see the Fae. Not only can I see the terrifying otherworldly race, but I can sense the sacred Fae relics that hold the deadliest of their magic.

When my sister was found dead in a trash-filled alley in Dublin, I came over to get answers. Now all I want is revenge. And after everything I’ve learned about myself, I know I have the power to get it….

MacKayla Lane’s ordinary life underwent a complete makeover when she landed on Ireland’s shores and was plunged into a world of deadly sorcery and ancient secrets.

In her fight to stay alive, Mac must find the Sinsar Dubh–a million-year-old book of the blackest magic imaginable, which holds the key to power over both the worlds of the Fae and of Man. Pursued by Fae assassins, surrounded by mysterious figures she knows she cannot trust, Mac finds herself torn between two deadly and irresistible men: V’lane, the insatiable Fae who can turn sensual arousal into an obsession for any woman, and the ever-inscrutable Jericho Barrons, a man as alluring as he is mysterious.

For centuries the shadowy realm of the Fae has coexisted with that of humans. Now the walls between the two are coming down, and Mac is the only thing that stands between them...

“I’m asking the questions tonight.” One day I was going to write a book: How to Dictate to a Dictator and Evade an Evader, subtitled How to Handle Jericho Barrons.


Poor Mac. Who can this girl trust? She's got Barrons on one side asking her to look at his actions vs. his words because he won't answer any of her questions unless they deal specifically with the book they are tracking. She's got V'Lane on the other side who is Fae and by that alone can't be trusted. Then she has Rowena, the women in charge of other sidhe-seers just like her. That lady! Gah, I didn't like her from the first moment I met her.

The absolute best thing about this series is that since I'm in Mac's head, I don't have a clue who to trust right along with her. Who is Barrons? WHAT is he? Should she trust V'Lane? NO! He's fae, but sometimes he does seem more trustworthy than Barrons. They really do go back and forth. All these people are just using her. They all need her to do things the way they want done.

The action is there in spades. There are a ton of mysteries that I'm not-so-patiently waiting for the answers to. The ending is a cliffhanger that made me want to bang my head against a wall. Thankfully I already know where it's all going this time around, hehehe.

I adore that the story is not all rainbows (even though Mac wishes it would be). It's dark, it's suspenseful, and it's full of well-developed characters. One of my favorite things is the POV. It's first person narrative and I really like how she slips in there that she knows differently later on. She will tell me how she feels about something and then add in there the, "but I'd later find out how wrong I was."

Barrons is an absolute jerk, but I think he's hot...so there's that. I'm addicted to this series, to finding out the answers to all of the many questions involved. That's a bad thing, right?

There is no romance, per se. There is some steamy chemistry between Mac and Barrons and quite honestly most of the guys in this series could be drooled over. Other than the ones trying to kill her, that is. It's most certainly not a YA book though, as I would keep this read to adults given that one of the characters is a death-by-sex fae.

The first one was an introduction to the world and to Mac. This one is a more in depth look to who Mac is turning into and those characters around her. I loved getting to see some of the things that Mac is capable of and any little clue to the other characters is a welcome addition. Full of action, full of chemistry, full of uncertainty. I'm addicted, and I want more. Recommended.


“What are you Barrons?”
“The one who will never let you die, and that’s more, Ms Lane, than anyone in your life has been able to say to you. More than anyone else can do.”

“Home, Ms. Lane?” His deep voice was gently amused.
“I have to call it something,” I said morosely. “They say home is where the heart is. I think mine’s satin-lined and six feet under.”

“Burns from dropped matches, Ms. Lane? Matches one might have dropped while flirting with a pernicious Fae, Ms. Lane? Have you any idea the value of this rug?”
I didn’t think his nostrils could flare any wider. His eyes were black flame. “Pernicious? Good grief, is English your second language? Third?” Only someone who’d learned English from a dictionary would use such a word.
“Fifth,” he snarled. “Answer me.”

“One day you may kiss a man you can’t breathe without, and find breath is of little consequence.”
“Right, and one day my prince might come.”