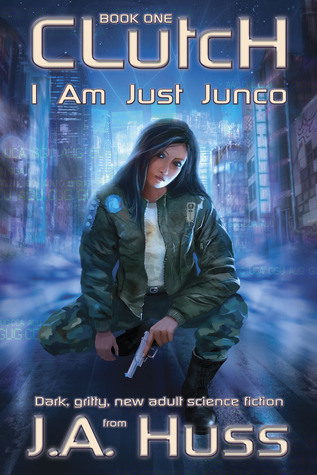 Goodreads Summary
How long can you lie to yourself before it all comes apart?

In 2152 the avian race is on Earth looking for something stolen from them decades ago – their genetics. At the center of the search lies the Rural Republic; a small backwards farming country with high hopes of military domination and a penchant for illegal bioengineering.

19 year old Junco Coot is the daughter of the Rural Republic’s ranking commander. She’s the most foul-mouthed, wildly unpredictable and ruthless sniper the Rural Republic has ever trained. But when her father’s death sparks a trip into forbidden places, she triggers events that will change everything she knows to be true.

As an elite avian military officer, Tier’s mission is to destroy the bioengineering projects, kill Commander Coot’s daughter, and return home immediately. There’s just one problem. Junco isn’t who she claims to be.

With no one to trust, not even herself, Junco must confront the secrets of her past and accept her place in the future, or risk losing herself completely.

CONTENT WARNING - The I Am Just Junco series is NOT young adult and contains A LOT of bad language and violence, so know that before you buy or download during a freebie promotion.

I met J.A. Huss a while back because she is a blogger too and wanted to read her series I Am Just Junco when I found out about it. I was lucky enough to win Book 1 and 2 from Bookworm Brandee.

First, I would like to comment on how great a character Junco truly is. She is Just Junco and is apparently at war, but didn't know it right at first because the action packed ride this book takes you on goes through Junco regaining memories in a most interesting fashion. She is a no-holds-barred type of character who has a potty mouth that others (mainly Tier) really take offense to and she knows how to wield a weapon.

The story is so interesting. There is a lot going on here! The world built is incredible and well-delivered.  The technology (like Junco's talking sentient house) is so much fun to read about. She is really put through the ringer in the book. It starts off with a funeral and a car crash and just gets crazier by the second. There are aliens with wings here that are called Avians and a lot of soldiers in this story. She is often what I consider a woman in the middle of a boy's club. Aren is someone that she has known for quite a while and you can tell that she seems more comfortable when he is around. It seems like this is the case for some of the other soldiers that she knew. I will be the first to tell you that from the reader's perspective, I didn't really care for Aren.

Tier is a fantastic character. He is an Avian that shows up basically out of nowhere and continues to keep showing up and asking for her trust. I will admit that it seemed like she was going to tell him that she trusted him, but I don't think the words would make it out very well because she just didn't know. I didn't know if she could trust him either because to be honest, he seems like he could be good or bad (and very good at either). The two of them together was a lot of fun. They are pretty different, but there is a lot of chemistry there. He so often says the words 'darlin' and 'sweetheart', so I immediately thought that he was a chauvinist, but that went away pretty quickly.


I was a little bit confused at times because as I said there was a lot going on. It was a lot easier with the great revelations that surfaced and information given later on in the book so it all ironed itself out, but even though I was immersed in the action of Clutch, I would sometimes wonder where the story was going.

I thought the reaction to the character of Moju was very odd. Junco immediately let all guard down for him and this didn't seem to be in line with her character in my opinion. She just seemed to accept things a little too easily I guess? I'm not sure, it just sat a little weirdly with me.


There's not much romance to mention. Tier and Junco have a great chemistry around each other and it hints at more in future books. Also, Aren and Junco have history but I didn't feel the chemistry between the two of them in the same manner.


This is a great book. Even if you don't read a lot of science fiction, I think you could get into it. I guess it's because she reminds me so much of an urban fantasy heroine in the world of technology and aliens.  There is excellent action, fantastic characters, great twists and turns with revelations and the world-building was very well done. Absolutely recommended.


“Is that how ya treat someone who saves yer life? Shoot them?"
I snort."Saved my life? I must have missed that one while I was sleeping."
"Except ya weren't sleeping, Junco. You were unconscious."

"Oh, my sweet Jeremiah!" That face cannot belong to me. I have a giant gash that runs from my scalp and down to my right ear that has leaked blood all over one side of my hair, plastering it into a half helmet-like configuration.