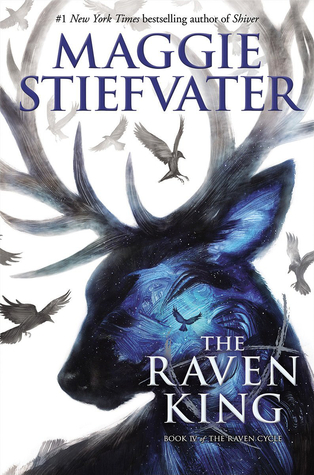 The fourth and final installment in the spellbinding series from the irrepressible, #1 New York Times bestselling author Maggie Stiefvater.

All her life, Blue has been warned that she will cause her true love's death. She doesn't believe in true love and never thought this would be a problem, but as her life becomes caught up in the strange and sinister world of the Raven Boys, she's not so sure anymore.

In a starred review for Blue Lily, Lily Blue, Kirkus Reviews declared: "Expect this truly one-of-a-kind series to come to a thundering close."


My goodness this one is hard to review especially trying to avoid any spoilers so it will be very vague on purpose. OK so I didn't even want to start this series because the blurb in the first one suggests that a character will die and I'm just not alright with main characters dying so I decided not to even put myself through that. I did though. I read it. I will say that this series ended on a note that felt right. It is an amazing journey with some very well developed characters that continue to grow in each installment. This one shows different sides of characters that you think you already know by this point. You don't know though. Not until you've read this one.

I loved how every thread was brought together and we got some great wrap ups. I love how there were still surprises and crazy twists to throw at us. I love how even if you went into this expecting something, it was still a little shocking when it happened. The story moves at a wonderful pace. We get a more in depth look at characters that were just briefly mentioned previously. I was a fan of the addition of Henry especially since there was a lot less of Noah.

Then there's Ronan and how he is so much more open. How he's accepting Blue and they're bonding a bit. Their little moments together were some of my favorites. There's Gansey with his NEED to wake the sleeping King. He has the drive to accomplish something more and then the ability to realize his life is already something more. Adam has a huge character realization for which I was glad. I especially loved seeing him let go of his past hurts. Blue...I don't think there's any way that I would've held it together the way she did.


The repetition of certain things, while they were in essence proving a point, got a little on my nerves after a while.


There was some great romantic parts in this one. Again, no spoilers, but it was big on romantic love, new beginnings, and life-long friendships.


Raven King is a great conclusion to a magical series. It was full of drama, action, magic, character growth, and mystery. It was everything you expect and everything you couldn't possibly. Definitely recommended.