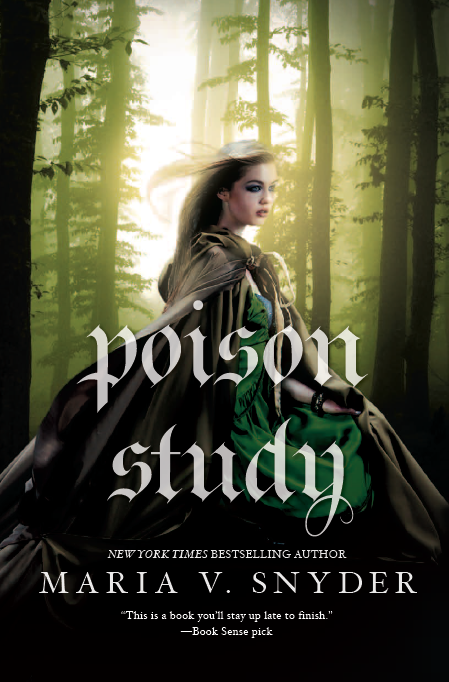 About to be executed for murder, Yelena is offered an extraordinary reprieve. She'll eat the best meals, have rooms in the palace—and risk assassination by anyone trying to kill the Commander of Ixia.

And so Yelena chooses to become a food taster. But the chief of security, leaving nothing to chance, deliberately feeds her Butterfly's Dust—and only by appearing for her daily antidote will she delay an agonizing death from the poison.

As Yelena tries to escape her new dilemma, disasters keep mounting. Rebels plot to seize Ixia and Yelena develops magical powers she can't control. Her life is threatened again and choices must be made. But this time the outcomes aren't so clear...


Jessica over at A Great Read has been telling me to read this since I started blogging years ago.

I should've listened sooner. So good. OK let's walk through all the points that make this story great. The plot line is about a girl, Yelena, who kills her abuser. Yeah girl! I'm immediately rallying behind her. She is put on death row and about to pay for her crime when the assassin, Valek, offers her the chance to become the food taster of the Commander. Ten points already for being an assassin. And steamy. Then we have the setting of Ixia which is divided by eight districts and govered by generals under the Commander's rule. Magic is not allowed in this world, and only in Sitia can magic run free.

The journey through the story was so entertaining. Yelena trains with Valek to learn poisons and hopefully not die. Meanwhile, she works on self defense with two great side characters Janco and Ari. She runs into people that she shouldn't trust but does, and people she should trust but doesn't. There is mind control, hiding in trees, fire dancing, and an awesome library. Yelena doesn't start out very strong at all, as a character she is weak but smart. However, by the end I wouldn't mess with her.


There may have been flaws, but I just didn't see them.


Now here we have quite a slow burn romance, and let me say that Valek is a favorite character of mine so I enjoy this pairing quite a lot. However, when the romance happens, it's like YEAH NOW. I was left wondering where on earth that whole middle portion went. Not that I'm complaining too much because of the story there wasn't much romance in it to begin with.


There's a mo bad heroine, hunky assassin, magic, kingdoms, tree jumping, trust issues, and some truly terrible bad guys. I loved reading this story. There was quite a bit of action and the plot was thoroughly entertaining. I came to love the main characters as well as some amazing side characters. Recommended.