• Choose a sidekick *or someone other than the hero or heroine* that you would like to put in the spotlight that fits in the month's topic
• Share a picture (if you can) and information about the character
• Give the title and author of a book the character can be found in
• Please don't include too many spoilers when describing why the character is such a great sidekick
• The day of your post, click the 'Sidekicks' link in my header and enter the link for your post. Here, you can also see anyone else that posted during the month to visit their Sidekick Showcase's as well.

My choice is Peeves
from The Harry Potter Series by J.K. Rowling 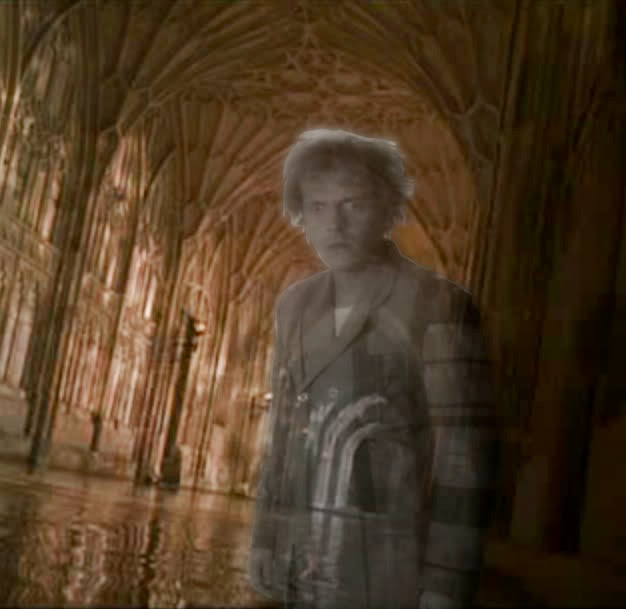 What makes Peeves so great in my eyes? Well for me he's the Weasley twins of the ghost world. I love the pranks he pulls throughout the series. The way he drives Filch bonkers were some of my favorite moments in the books. Yet despite all the problems he causes he is loyal to the school. Unlike filch he doesn't take to Dolores Umbridge. He even takes a command from a student for the first time ever when the Twins tell him to "Give her hell from us, Peeves!". That may have been my favorite part of the series. I remember laughing out loud and sitting up with a cheer from me.

“Give her hell from us, Peeves."
And Peeves, whom Harry had never seen take an order from a student before, swept his belled hat from his head and sprang to a salute as Fred and George wheeled about to tumultuous applause from the students below and sped out of the open front doors into the glorious sunset.”

“Which way did they go, Peeves?" Filch was saying. "Quick, tell me."
"Say 'please.'"
"Don't mess with me, Peeves, now where did they go?"
"Shan't say nothing if you don't say please," said Peeves in his annoying singsong voice.
"All right- PLEASE."
"NOTHING! Ha haaa! Told you I wouldn't say nothing if you didn't say please! Ha ha! Haaaaaa!" And they heard the sound of Peeves whooshing away and Filch cursing in rage.”


“Harry witnessed Professor McGonagall walking right past Peeves who was determinedly loosening a crystal chandelier and could have sworn he heard her tell the poltergeist out of the corner of her mouth, 'It unscrews the other way.”

Follow my blog with Bloglovin
Posted by JezzebellJC at 12:00 AM