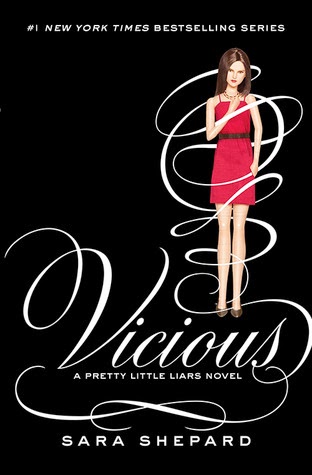 In Rosewood, Pennsylvania, reporters are lined up outside the historic courthouse, typing furiously at their iPhones with freshly manicured nails. Because the trial of the century is happening right here in Rosewood: the four pretty little liars have been accused of killing Alison DiLaurentis. Only Aria, Spencer, Hanna, and Emily know that they've been framed. Ali is still out there, laughing as she watches the girls go down for her murder. But when your nickname includes the word "liar," no one believes you're telling the truth. . . .

Aria tries to run away from it all but finds that life on the lam is even harder than life as a liar. Spencer gets in touch with someone who can help her disappear--but when a guy from her past reemerges, Spencer no longer knows what she wants. Hanna decides that she'll hear wedding bells chime before she serves time. And in the face of prison, Emily does something truly drastic--something that will change her friends' lives forever.

As the trial goes on and the outcome looks grim, the girls are in their darkest hour yet. But maybe they can finally figure out how to beat Ali at her own game. Because once upon a time, she was just a pretty little liar too.

All good lies must come to an end


In this final installment of the PLL series, Aria, Emily, Hanna, and Spencer have themselves in a tangle of a mess. On trial for a murder they did not commit, the girls handle the situation in their own unique way.

Emily goes off the deep end, Aria makes a run for it, Spencer researches prison life, Hanna decides to make a life long decision before she is sentenced to prison.

The trial is not going well for the girls.  The evidence is very damaging and there is little hope they will be found not guilty.  Will A win in the end, or will the girls be able to outsmart her this time and save their lives?

"What I don't want to do anymore is play Scooby-Doo.  It only leads to more problems."


In Vicious, Sara Shepard gives the girls one last terrifying look at what evil can bring.    I almost felt like I was reading a spin-off to Orange is The New Black.  Which is not a bad thing because I love that show.  Ali set the girls up for her murder and has done it almost flawlessly.   After hearing from numerous attorneys, there is not much hope of a not guilty verdict.  They have decided to try to figure things out on their own.  In typical PLL style, the girls do one stupid thing after another and make the situation worse on themselves.   I am glad that we finally have a real conclusion to this series.   This series really came full circle.  While at times I had to put logical thoughts on the back burner, I did love every minute of this book.   The girls are quite comical at times and quite stupid at others.  Which is part of the reason I love them so much.  The books are VERY different from the show.  In a good way of course.  I am very sad I will no longer get to read about my favorite girls from Rosewood.  This has been one of the better books in this last story arc.    I couldn't put this down because I really needed to know how it ended.   The characters had me on an emotional roller coaster.   Between Emily's little stunt, Aria's stupid stupid stupid decision, Spencer's indecisions, and Hanna's rushed life changing last minute jump over the broom, I didn't know how everything would play out.   These girls have been making me feel better about my life for years (I may make dumb choices but if dumb choices was an Olympic medal these girls would have the gold).   This final book was truly a grand finale.


“She was probably the best-looking almost-criminal in the history of girls who were about to go to prison.”


Pretty girl evil intentions can make for a bad aftertaste

There are only a couple of things that I really didn't like in this last book.  #1 the girls are on trial for MURDER and they do EVERYTHING and I mean EVERYTHING to make themselves look worse and get in more trouble.  I mean who says, 'hey lets leave town and go spend the night at a beach to have one last night of fun' when you are under strict orders NOT TO because you are on trial for MURDER.  It's dumb decisions like that that really have me dumbfounded.   I mean seriously, Spencer is supposed to be ivy league smart.   #2 everything was just tied up in a nice neat little bow.  EXTREMELY happy ending.  I know by a lot of my reviews, it seems I am opposed to happy endings.  Quite the opposite actually.  However, I do like realistic happy endings.   For all they have been through with A, they deserve a happy ending, but let's face it, they brought the majority of it on themselves.


“What are my thoughts on this whole ordeal?" she repeated, pausing to contemplate. And then she thought of the perfect answer. "Ali didn't manage to kill us," she said. "She only made us stronger.”

All pretty things come to a conclusion


Overall great book! Great ending to the series.   While I am sad to let this series go, I am glad it is over.  I mean there is not much else that can happen to these poor girls.   I must say, if you haven't had a chance to check this series out, you really should.    This book and series are not perfect but it is very entertaining.  Even though while reading it as events unfolded, I said I will not hold my breath on this.  PLL has a tendency to live up to its name and lie to me a lot.  Nothing is ever what it seems in this world.  As long as illogical thoughts and actions don't bother you, you can really get into and enjoy this book.  Vicious does live up to it's title.