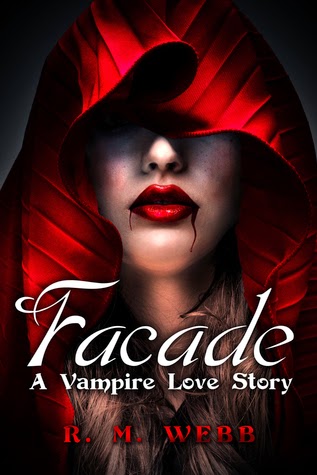 Seven years ago, Claire woke up scared and alone in the woods without a clue as to who she was or where she came from. She’s adapted since then. Learned to hide what she doesn’t know, to create a façade to protect her secret from even her closest friends. But now an injury has isolated her even further and life has just simply ground to a halt.


The day Claire first sees William, his blue eye electrifying the air between them, she gets what she wants most in the world. A memory. After seven years of faking it, of not knowing anything or anyone, she knows William. She’s unnerved by him. Mesmerized. He sweeps into her bitter little life, unconcerned about hiding the truth behind his quick movements and cold skin. The moment they’re alone, he sinks his teeth into her throat, drinks her blood, and fills her with his own.


Now she sees better, hears better, and thinks faster. Thrust into a world where nothing is as it seems, Claire learns she has dangerous enemies. She stumbles from discovery to discovery, desperate for answers, each piece of the puzzle bringing her closer to those who have sworn to see Claire dead.

She shook her head to knock away the encroaching memories, those images from years ago that brought nothing but questions without answer. She pushed them back into their hiding place deep in her heart and climbed up the creaking wooden stairs and into bed.

Her last thought before she crossed the line into sleep was of the blonde haired man with the electric blue eyes at the cafe.


This one was a bit different from what I normally read. Most of the book is Claire trying to find out who she was and who she can trust as she begins to reveal her past. This is more of a romance/mystery novel as the past slowly catches up to her and those few people she considers friends. Facade does end with a bit of action taking place but for the most part it seems to be setting up Claire's world.


When Claire finally deals with the main villain, Sybil, things seem to come to a conclusion a little faster than I was expecting. I would have liked to know a little more about some of the supporting characters, like the Babylonian for instance.

Claire, while trying to recall who she was, runs into William, the blonde haired mystery man she can't help but be drawn too. All the while, she has Josh who wants nothing more than to be the one that matters most in her life. Not really a love triangle as she is drawn to William but keeps Josh around as he is familiar to her.

"Who am I?" She choked on the words, strangled by emotion. She stood on a great precipice, she could feel it. Moving forward meant stepping off the edge into the unknown, tumbling down with no way to get back up again.
"You're my creator and my destroyer. My savior and my downfall."


"Niiqiarqusu," she said, studying the dark eyes of the man before her.
"You are the only being still in existence to know my given name. After time, I grew not to care what I was called. And so I am known only as the babylonian."


"I want to wait until those words don't surprise you." He grasped her face between his hands, kissed her once on the forehead, once on the tip of her nose, and then let his lips linger against hers, his kiss a promise of things to come. "Get dressed," he said, indicating the packages on his bed. "i'll wait for you downstairs."