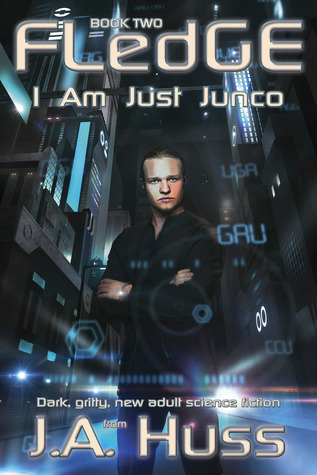 Junco Coot can’t even remember her trip off Earth; she was too busy being morphed into her new avian body. But reality hits her hard when she wakes up to find her new life is not what she expected. Not even close.

Tier is on trial for treason, the avian president wants her dead, her new military team is hostile, her body is being taken over by an illicit AI, and her only friend is a ten-year old throwaway boy.

In most places the avian Fledge ritual would be nothing more than mass murder, but here in the capital city of Amelia, it’s called growing up. Junco has two choices: fight to the death to prove her worth, or get sent back to Earth in the hands of her enemies.

In a foreign culture and surrounded by people she can’t trust or count on, Junco must find a way to save herself and Tier without losing her immortal soul in the process.

CONTENT WARNING - Just like CLUTCH, Book Two has lots of bad language and extreme violence. You've been warned. This series is NOT YOUNG ADULT.

"Trust no one, Junco. Show no weakness."

I agree that Junco cannot be held to a specific genre. This one did feel more sci-fi, but she has an urban fantasy feel to her character and there is a distinctive dystopian setting to Fledge.

Junco is such a wonderful character, and not because she's perfect because she often tells everyone they think she's something that she's not. She knows her flaws, her weaknesses, her strengths, and she works with all of them as well as she is able.

This story is filled with a lot. A ton of characters, many setting changes, and plenty of action. Some new characters that I greatly enjoyed were Ashur and Layla (though she is not in the story much). Others were just well-written and very mysterious. I never felt like Junco could trust any of them. There's a small undertone to each character that makes me think they could possibly do something crazy or bad to Junco at any moment and I love that 'edge-of-your' seat feeling.

I don't want to give too much of the story away, so I just want to say that there are multiple arena fights set in different places that added a lot of intensity and thrill to the story. Junco is constantly inspecting herself as a person, and questioning everything along the way.

The new world-setting was magical and horrible at the same time, but that's how Huss purposely paints it. There's a scene where Junco is taken to see something 'beautiful' and she winds up crying and heart-wrenched and to me, that's what the world is really about in Fledge - beauty surrounded by harshness.


OK I have quite a gripe with Huss for the Tier story-line in this one. I'm not going to go into a lot of detail, but I love Tier and he's on almost five pages!!

I was also not a fan of how open Junco was with guys. Not that she just slept with a ton of them, but there is random kissing and lovie-dovie. The whole thing with Kush, I could have done without. I may not have followed the progression of his character well, but he's just kinda floating there in the beginning. He saved Junco's life once and by the end it's like they have some special connection I don't understand. There's all these pages of just his name mentioned because he's around and suddenly he's this huge important character. I'm with Ashur, "Why him, Junco?"


Junco is apparently the shiny new toy that everyone wants. At one point, a man had to tell her he wasn't coming on to her since he was already attached because it's happened so much. There is some kissing and one scene, plus some fooling around. There is also an attempted sexual assault. However, any true romance is missing from this one.


I am fully immersed into this world and very much looking forward to reading the next one. Junco is a character that refuses to do what she's told, fights with all her heart, and holds nothing back. The world is full and well-written and there is so much action and mystery that it holds attention well. Definitely recommended.


“But for now I'd like to know how you came to be on my habitat when I gave a direct order to kill you two months ago.”

“Well, Junco, Ashur is not the sanest guy in the Cluster. He's always been a little touched, don't take it personal.”

"You can't fix it, Junco. The trial is a formality. He's going to be killed."

"Junco, if you refuse this offer to return to Earth you'll be sent to Fledge. Immediately."

"All warriors can heal, Junco. And you're dressed as one, so I'm assuming you are one."