Resilient by Patricia Vanasse is garnering some great attention, even long before the release date of September 3rd, 2013. Published by Pants on Fire Press this is the story of Livia and Adam, two teens who are far from normal and have more in common than they could ever imagine.

According to the press release, Resilient has already got attention from A-list movie studios and production companies that are interested in the movie and screen rights.  Resilient was also the 4th place winner of the 2012 Golden Acorn Excellence in Writing Award. 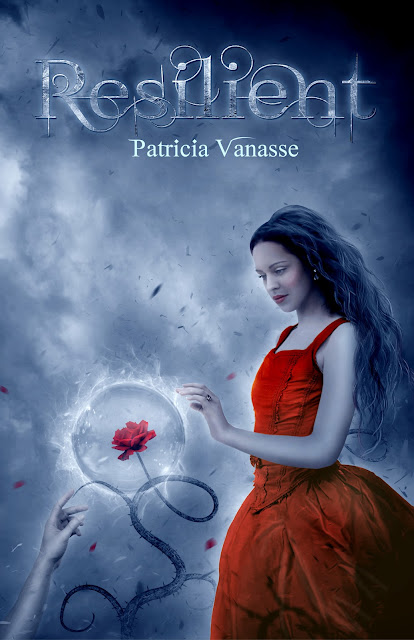 Livia has never felt like she fits in. As normal as it sounds, Livia is anything but ordinary. She can feel every emotion of every single person around her, and it’s maddening. In pursuit of some psychic quiet, she moves with her family from New York City to Whidbey Island in the lush and sleepy Pacific Northwest. But when a horseback riding accident in her new home gives her a broken leg that heals in a day, she finds that another unexplainable ability has manifested, and her life isn’t about to get any easier.
Adam has no problem fitting in and making friends. In fact, he’s the top of the school, the boy everyone knows and loves. However, people only see what he allows them to. No one knows what Adam is truly capable of. After witnessing Livia’s accident, Adam sees something intriguing in her quick recovery, something that gives him hope that he’s not alone.
Adam is the only one whose emotions Livia can’t read. Afraid of not knowing what goes on behind his dark eyes, Livia decides to keep him at a distance. Yet the more she tries to ignore him, the more alluring he becomes, and while their personal quests for identity will inevitably bring them closer together, it is the confirmation of what they really are that threatens to tear them apart.

Resilient, told in alternating point of views, is a gripping story of survival and romance, in which two teenagers face the consequences of being anything but normal.

Resilient is a YA book recommended for ages 13 and older.  It has 318 pages and will be available in ebook and paperback.


He opens his eyes and sees me ogling.


Embarrassed, I turn my attention back to the sky. “I thought you had fallen asleep.”


“And then you’d take advantage of me.”


“We just got here!” He smiles in amusement. “How about we play a game?”


“I ask you a question, you answer, and then you ask me one. It’s a good way to get to know each other.” He turns his body to the right so he’s facing me. “Before you decide I’m the worse person ever, you should know the facts.”


“You have my word.” I laugh despite myself as he asks, “If you had to choose between day and night, which would you pick?”


I frown for a second, thinking. “Day,” I say “Wrestling or football?”


“Wrestling for sure,” he answers. “Favorite cartoon character?”


“Ha! Definitely Daria; I feel like we have something in common.” I chuckle while Adam’s eyebrows scrunch together. I guess he’s having a hard time finding the similarities. “Yours?”


“I’ve got to say SpongeBob. No similarities there, though.” He smiles and lies back down, inspecting the stars. “Do you believe there’s life out there besides us?”


That question has been on my mind for years, but I never had to answer it until now. “I don’t know. I hope so.”


“You hope so?” His brows shoots up, “Wouldn’t you be afraid if aliens really existed?” He sounds sincerely curious.


We fall into silence for a little while before his next question. It would be too pretentious of me to believe humans are the only ones to live in a universe so much bigger than we know. There are so many places we haven’t even begun to discover yet. In any case, other life forms could be the explanation to all of my inhuman abilities.


“What do you like most about yourself?” he asks.


My mind wanders; I’m not sure what my qualities are, really, but I think of something to say. “I’m stubborn.”


“Yes. I mean, it keeps me from giving up when things gets rough.”


He turns to look at me, probably wondering what could be so rough in my life. He doesn’t know that I don’t have everything, I don’t have what I want the most: answers to what I am. 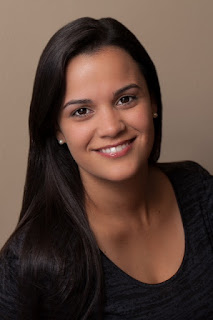 Patricia Vanasse was born and raised in Rio de Janeiro, Brazil. Now she lives on Whidbey Island in the Pacific Northwest with her husband, two adorable children, and two crazy dogs. She has been trough Culinary Arts, Psychology, Law School, and now has finally found her passion in creative writing. She also loves traveling, cooking, and is an avid reader. Her strength- believes that everything is possible. Her weakness- an obsessive relationship with caffeine.