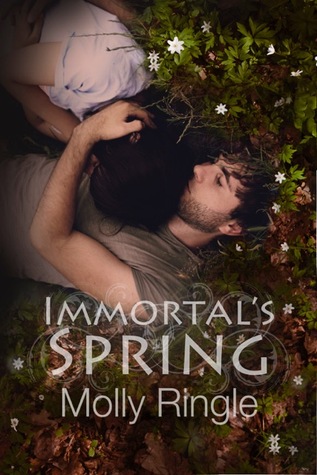 Sophie Darrow said yes once to a young man offering a realm of Greek gods and immortality. Now her home has been shattered, and her friends and family pulled along with her as they run from an evil cult and take shelter in the gloomy Underworld. But remembering the life of the original immortals long ago--Persephone, Hades, Hekate, Hermes, and more--may be their key to victory, as well as happiness.

In ancient times too, the murderous cult Thanatos attacked and destroyed nearly all the Greek immortals who sought to bring good to humankind. But those immortals planted seeds in both their realm and ours to ensure their season would someday bloom again. And spring is finally coming.


Ringle had me invested in these characters from Book 1, Persephone's Orchard. It's clear to me that she does her research well before writing, but she also takes what she's learned and spins and turns it on its head until it fits her story well. I love how she makes these myths part of her own unique story.

In the first half, the characters are adjusting to everything that happened previously. There were some losses that the group experienced and there is a lot of grief in the beginning. The second half of Immortal's Spring really picks up the pace. Once they kidnap a member of the group that's trying to kill them, everything is ramped up and everyone is on edge. I loved the excitement and tension that basically crackled off the page.

While I don't feel like this one is as good as the first, the series is fantastic and takes the reader on quite the journey. In between time spent with these teenagers, we get flashbacks into their Greek counterparts. All the characters and the flashbacks provide a large mix of cultures and sexual orientations.


The beginning of this one was so slow. I hadn't read the 2nd one, Underworld's Daughter, in a while and had forgotten all the characters besides Adrian and Sophie and what their Greek counterpart was so I was also very confused. When there were finally enough flashbacks and I knew who was who, the story still took quite a while to get going.


I was very happy to see that the tangled love life of Zoe's and Tabitha's had gotten sorted out. They both had two love interests going and it had formed a love square. This one was more focused on who they really wanted to be with and what direction they were going in the future.

Adrian and Sophie on the other hand had a lot to sort through. Sophie is devastated throughout the book by the people that she lost. She's a little revenge bent and Adrian sets off bad responses in her. This took quite a while to work out.


The beginning of this one was on the slow side, and I was a little confused on who everyone was. It picked up about half-way through and had a strong finish. This was a gratifying conclusion to the series. Ringle has created a very unique spin on the Greek myths and created a magical but also realistic world to enjoy. There was quite a lot of action and intrigue as well as characters you want to see succeed. Recommended.