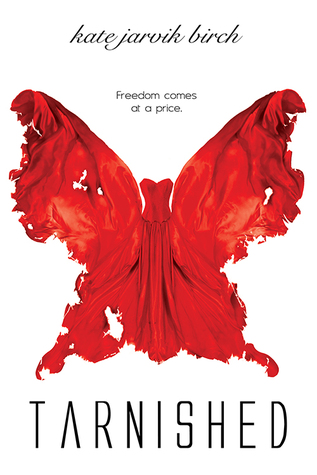 Freedom comes at a cost...

Ella was genetically engineered to be the perfect pet—graceful, demure...and kept. In a daring move, she escaped her captivity and took refuge in Canada. But while she can think and act as she pleases, the life of a liberated pet is just as confining as the Congressman’s gilded cage. Her escape triggered a backlash, and now no one's safe, least
of all the other pets. But she's trapped, unable to get back
to Penn—the boy she loves—or help the girls who need her.

Back in the United States, pets are turning up dead. With help from a very unexpected source, Ella slips deep into the dangerous black market, posing as a tarnished pet available to buy or sell. If she's lucky, she'll be able to rescue Penn and expose the truth about the breeding program. If she fails, Ella will pay not only with her life, but the lives
of everyone she's tried to save...

"I had no idea what sort of lives normal people lived, but I wanted to know."


This one is even better than the first. What drew me to Perfected was the outrageousness of owning a human as a pet. In this second installment, things get so much worse than simply owning a human being (and that was bad enough?!?!). This is one of those series that make me think the entire time I'm reading it. I can't help but go over in my head and digest the information of what is considered acceptable by people in this future world. It's all written to be believable based on the justifications given by corrupt politicians, but I can't help shaking my head at what's going on and I desperately want these politicians and NuPet dealt with.

Ella has moved so far in her character from where she was in the beginning of the first one. She is a sweet soul with a desire to help others. She's also willing to stand up and get things done. Missy in this one was a jewel. I remember not really caring for her in the first one, but her character was fantastic this go round.

The action is really revved up in Tarnished. It's not the action that had me turning pages and trying to get to the end though, it was more that I HAD to know what would happen. It's not an action-packed thrill ride, more of a psychological derby. The writing flows well and there were some truly beautiful quotes embedded in the story.

"Morning was just an idea that night was considering, a blush-colored dream."


The only small thing that bothered me was how badly she wanted to 'escape' in the beginning when I wasn't able to tell that the situation was that bad. In fact, she just goes to much worse. I wish I would've been able to see why this place in Canada that she's staying in the beginning is so terrible that she has to get out immediately. Surely it can't be just because she has to see Penn. This didn't detract anything from the story, just had me scratching my head a bit.

There are circumstances of prostitution and murder so you may want to read it before determining whether your kids can.

Penn was a big deal in the first one. In fact, he went from hating Ella to showing her how to be free. In this one, they have a very cute relationship and definitely are committed to each other. It's all gumdrops and rainbows in that department.

Tarnished is a very well-written follow up and was even better than Perfected. The series is intoxicating in the way that it stimulates your mind and really makes you think. I love the characters and am so glad to continue to see them grow. The action went up a notch and the storyline got even more intense. I'm a fan!


"Maybe that's all life really was: the fear of moving forward toward events we had no way of truly knowing."

"Each moment was its own tiny wonder, but that didn't mean it would last."

"Oh stop blubbering!" Missy said, pulling him away from me. "She's not leaving you. I am."