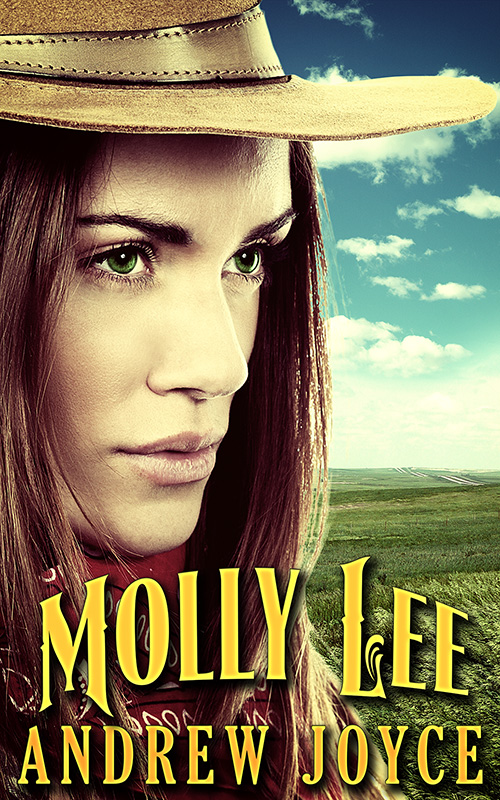 Molly is about to set off on the adventure of a lifetime . . . of two lifetimes.

It’s 1861 and the Civil War has just started. Molly is an eighteen-year-old girl living on her family’s farm in Virginia when two deserters from the Southern Cause enter her life. One of them—a twenty-four-year-old Huck Finn—ends up saving her virtue, if not her life.

Molly is so enamored with Huck, she wants to run away with him. But Huck has other plans and is gone the next morning before she awakens. Thus starts a sequence of events that leads Molly into adventure after adventure; most of them not so nice.

We follow the travails of Molly Lee, starting when she is eighteen and ending when she is fifty-six. Even then Life has one more surprise in store for her.

My name is Andrew Joyce, and I write books for a living. Jaclyn has been kind enough to allow me a little space on her blog to promote my new book, MOLLY LEE. The story is a female-driven account of a young naive girl’s journey into an independent, strong woman and all the trouble she gets into along the way.

Now you may possibly be asking yourself, What is a guy doing writing in a woman’s voice? And that’s a good question. I can only say that I did not start out to write about Molly; she just came to me one day and asked that I tell her story.

Perhaps I should start at the beginning.

My first book was a 164,000-word historical novel. And in the publishing world, anything over 80,000 words for a first-time author is heresy. Or so I was told time and time again when I approached an agent for representation. After two years of research and writing, and a year of trying to secure the services of an agent, I got angry. To be told that my efforts were meaningless was somewhat demoralizing to say the least. I mean, those rejections were coming from people who had never even read my book.

I had just finished reading Mark Twain’s Huckleberry Finn for the third time, and I started thinking about what ever happened to those boys, Tom and Huck. They must have grown up, but then what? So I sat down at my computer and banged out REDEMPTION: The Further Adventures of Huck Finn and Tom Sawyer in two months. Then sent out query letters to agents.

Less than a month later, the chairman of one of the biggest agencies in New York City emailed me that he loved the story. We signed a contract and it was off to the races, or so I thought. But then the real fun began: the serious editing. Seven months later, I gave birth to Huck and Tom as adults. And just for the record, the final word count is 79,914. The book went on to reach #1 status on Amazon twice, and the rest, as they say, is history.

My agent then wanted me to write a sequel, but I had other plans. I was in the middle of editing down my first novel (that had been rejected by 1,876,324 agents . . . or so it seemed) from 164,000 words to the present 142,000. However, he was insistent, so I started to think about it. Now, one thing you have to understand is that I tied up all the loose ends at the end of REDEMPTION, so there was no way that I could write a sequel. And that is when Molly asked me to tell her story. Molly was a character that we met briefly in the first chapter of REDEMPTION, and then she is not heard from again.

I know this has been a long-winded set up, but I felt I had to tell the backstory. Now I can move on and tell you about Molly.

As stated earlier, Molly starts out as a naive young girl. Over time she develops into a strong, independent woman. The change is gradual. Her strengths come from the adversities she encounters along the road that is her life.

With each setback, Molly follows that first rule she set against self-pity and simply moves on to make the best of whatever life throws her way. From working as a whore to owning a saloon, from going to prison to running a ranch, Molly plays to win with the cards she’s dealt. But she always keeps her humanity. She will kill to defend herself and she has no problem killing to protect the weak and preyed upon. However, when a band of Indians (for instance) have been run off their land and have nowhere else to go, Molly allows them to live on her ranch, and in time they become extended family.

This is from a review on Amazon:

A young female in nineteenth-century rural America would have needed courage, fortitude, and firm resolve to thrive in the best of circumstances. Molly Lee possesses all of these, along with an iron will and an inherent ability to read people accurately and respond accordingly.
I reckon that about sums up Molly.

I would like to say that I wrote MOLLY LEE in one sitting and everything in it is my pure genius. But that would be a lie. I have three editors (two women and one guy). They kept me honest with regard to Molly. When I made her a little too hard, they would point out that she had to be softer or show more emotion in a particular scene.

I set out to write a book where every chapter ended with a cliffhanger. I wanted the reader to be forced to turn to the next chapter. And I pretty much accomplished that, but I also wrote a few chapters where Molly and my readers could catch their collective breath.

One last thing: Everything in MOLLY LEE is historically correct from the languages of the Indians to the descriptions of the way people dressed, spoke, and lived. I spend as much time on research as I do in writing my stories. Sometimes more.

It looks as though I’ve used up my allotted word count (self-imposed), so I reckon I’ll ride off into the sunset and rustle up a little vodka and cranberry juice (with extra lime).

It’s been a pleasure,
Andrew Joyce 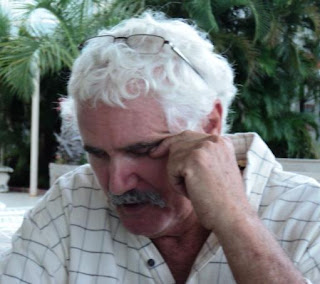 Andrew Joyce left high school at seventeen to hitchhike throughout the US, Canada and Mexico. He wouldn’t return from his journey until decades later when he decided to become a writer. Joyce has written three books, and a collection of almost one hundred forty short stories that is comprised of his hitching adventures, written as veiled non-fiction called BEDTIME STORIES FOR GROWN-UPS, and his latest novel, MOLLY LEE. He now lives aboard a boat in Fort Lauderdale, Florida with his dog, Danny.