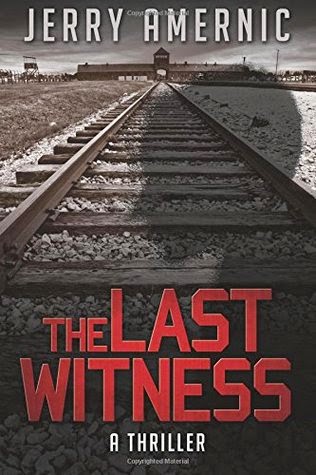 The year is 2039, and Jack Fisher is the last living survivor of the Holocaust. Set in a world that is abysmally complacent about events of the last century, Jack is a 100-year-old man whose worst memories took place before he was 5. His story hearkens back to the Jewish ghetto of his birth and to Auschwitz where, as a little boy, he had to fend for himself to survive after losing his family. Jack becomes the central figure in a missing-person investigation when his granddaughter suddenly disappears. While assisting police, he finds himself in danger and must reach into the darkest corners of his memory to come out alive.

Buy The Last Witness by Jerry Amernic Today at Amazon

He was a tough sort. Ninety-five years old with elastic skin stretched across his bones like taut canvas, he was supposed to be an easy mark. Fragile and weak. A pushover. Albert Freedman lived by himself in a flat on the Upper East Side, and when they came for him they didn't expect any trouble.


I really liked how the protagonist was completely different from any I have met before. 100 years old and yet sound of mind and willing to find the truth regardless of the risk. Officer Hodgson, and his great granddaughter Christine really make for excellent supporting characters. The Cobra and Coal made fantastic villains to really round out the story.


Not really bad but the story doesn't have much action if that's what you are looking for.


I really enjoyed having the chance to read this book. It's message of how easy it is to forget even the biggest events if people don't talk of them or acknowledge them. Even to the point to where people will start to doubt they ever happened. Also I love the fact that everyone has the ability to play the hero. Regardless of age or sex, we all have our strengths. If you are interested in a book to remind you of these things The Last Witness will do that for you.

Good friends are like stars. You don't always see them but they are always there.


"It's all right, Jack," Hodgson said. "It's all right. I know how you feel."
"No you don't. How could anyone know? People don't even think it happened. No one believes me. But it did happen. I was there"


Christine, my little Christine. You've always been special to me. Ever since you were a little girl. There was something about you but..."
"But what?"
He heaved a deep sigh. "One thing I will never be able to understand is how people can treat other people the way they do just because they're different. How people can kill other people just because they're different. It makes no sense."

Buy The Last Witness by Jerry Amernic Today at Amazon