Sidekick Showcase [37] - Not Who They Say They Are


This week is Not Who They Say They Are

My choice is Noah
The Warriors of Ankh by Samantha Young 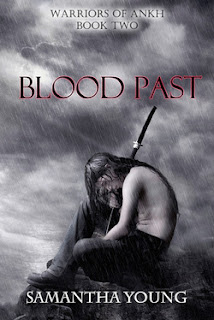 Noah is an immortal Warrior of Ankh, but he doesn't tell Eden that when he meets her at school in the beginning of this series though the reader pretty much knows from jump that he's not what he seems. She is a Soul Eater which is so neat in this series that the main character is really a 'bad' guy. The Warriors of Ankh are destined basically to bring them to heel. I really enjoyed reading about the two of them, the interesting dynamics that played out, and how the story progressed. Noah is strong, big on duty, and exceptionally loyal.


Blood Will Tell-
“It was Friday tomorrow and still Eden was avoiding him like he was a Bieber fan at a Korn concert.”


Blood Will Tell -
“She would see it as betrayal. Nothing more. Nothing less.”

Follow my blog with Bloglovin
Posted by JezzebellJC at 9:16 PM