This week is Leather-Clad

My choice is Bones
The Night Huntress Series by Jeaniene Frost 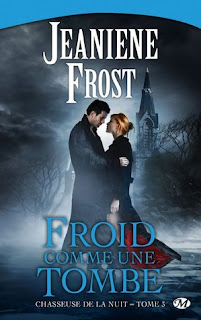 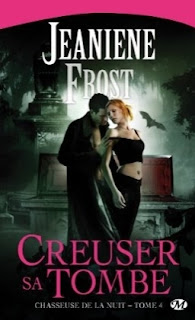 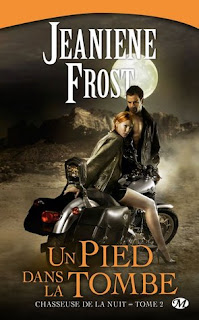 I didn't have time to make up a picture so I grabbed some of the foreign covers that show Bones all leather-clad and hot for you to feast your eyes on. Man, I love Bones. It's hard to even describe what I love about him, he's just flat out awesome. He doesn't take any crap at all from anyone, doesn't matter who they are. He is who he is and he has no qualms about it. He's very upfront about all the good and the bad in his person. He's someone you definitely don't want to cross and very yummy.


This Side of the Grave -
“Ask me if I sparkle and I’ll kill you where you stand.”


Halfway to the Grave-
“There is only one way to fight, and that's dirty. Clean gentlemanly fighting will get you nowhere but dead, and fast. Take every cheap shot, every low blow, absolutely kick people when they're down, and maybe you'll be the one who walks away."


Halfway to the Grave-
“Is that a stake, Bones, or are you just happy with my new dress?”

“In this case, it’s a stake. You could always feel around for something more, though. See what comes up.”

One Foot in the Grave-

“Wrong way, Bones. The men's showers are in the opposite direction."

"I'll file that away with all the other information that doesn't pertain to me," was Bones' mocking reply.

This Side of the Grave-
“You’re not going to let her do this, are you?”
Bones snorted. “'Let her'? Mate, if you think you can control a woman, you must be single—"

Follow my blog with Bloglovin
Posted by JezzebellJC at 1:19 AM