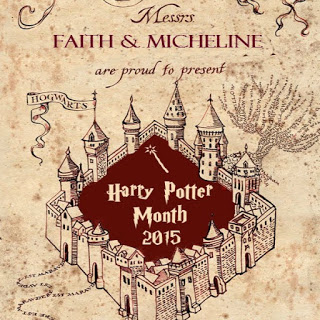 THIS GIRL right here is my favorite character in the series.


Harry meets Luna on the train the day he can’t ride with Ron and Hermione since they were made prefects. This is the first time that he doesn’t travel with them and instead finds himself with three others who will soon be very important to his group: Luna, Neville, and Ginny. At this point, he is a little embarrassed with who he is sharing a train car with.

She is a girl that often gets made fun of for her quirky behavior and odd beliefs. She was reading a magazine upside down the day Harry met her as well as a necklace made of butterbeer caps. Kids at the school appear to be hurtful towards her, calling her “Loony” and stealing things from her.
She not only keeps her positive outlook on everything, she OWNS it. She will never be anything other than 100% Luna Lovegood. She's also completely honest...sometimes even when people may not want to hear it. I just adore her.

“I think I'll just go down and have some pudding and wait for it all to turn up - it always does in the end.”

She is one of the first to let Harry know that she believes him that Voldemort has returned. Of course, at the time that wasn’t very encouraging because everyone thinks she’s crazy. However, she later helps Hermione with an arranged interview with Rita Skeeter to get Harry’s true story out to the wizarding world.


She eventually becomes a very large part of Dumbledore’s Army.  She helps stand guard outside of Umbridge’s class so that Harry can break in while he’s checking on Sirius. She insists that she is going with him to the Department of Mysteries to help get Sirius back and even comes up with the idea to ride thestrals. Harry thought he was going mad when he could see these dark horse creatures, but Luna let him know that she can see them too. It appears that those that have seen death are the only ones that can see thestrals so they are invisible to everyone else.

After helping at the battle at the Department of Mysteries and being one of the last of Dumbledore's Army to fall, she helps Harry further by giving him hope after Sirius' death when no one else could comfort him. She talks about the loss of her mother and that she knows she will see her again one day:

“Yes, it was rather horrible," said Luna conversationally. "I still feel very sad about it sometimes. But I've still got Dad. And anyway, it's not as though I'll never see Mum again, is it?"

She shook her head in disbelief. "Oh, come on. You heard them, just behind the veil, didn't you?"

"In that room with the archway. They were just lurking out of sight, that's all. You heard them.”

The next year finds Harry again in the train with Luna and Neville. Romilda Vane stops by and lets Harry know that he can join them, and he turns her down telling her that he thinks Luna and Neville are cool and are his friends.

He later invites Luna to Slughorn's party when he realized he couldn't go with the person he most wanted to, Ginny. During the party, Luna makes Harry laugh so hard that mead comes out of his nose after Snape dissed his idea of becoming an auror.

“I don't think you should be an Auror, Harry," said Luna unexpectedly. Everybody looked at her. "The Aurors are part of the Rotfang Conspiracy, I thought everyone knew that. They're working to bring down the Ministry of Magic from within using a mixture of dark magic and gum disease.”

She also has the hilarious time in the book of commentating a Quidditch match.

"And that’s Smith of Hufflepuff with the Quaffle,” said a dreamy voice, echoing over the grounds. “He did the commentary last time, of course, and Ginny Weasley flew into him, I think probably on purpose, it looked like. Smith was being quite rude about Gryffindor; I expect he regrets that now he’s playing them – oh, look, he’s lost the Quaffle; Ginny took it from him. I do like her; she’s very nice…”

Luna did not seem to have noticed; she appeared singularly uninterested in such mundane things as the score and kept attempting to draw the crowd’s attention to such things as interestingly shaped clouds and the possibility that Zacharias Smith, who had so far failed to maintain possession of the Quaffle for longer than a minute, was suffering from something called ‘Loser’s Lurgy.’

She helps some members of Dumbledore's Army as well as the Order of the Phoenix at the end of Half-Blood Prince during the Battle of the Astronomy Tower. Thanks to Harry's Felix Felicis potion, she did not get injured.

In the final year at Hogwarts, she helped Neville and Ginny reinstate Dumbledore's Army at the school in Harry's absence. When she returned home for Christmas, she was abducted and held prisoner with Ollivander at Malfoy Manor.

One of my favorite scenes is when Harry stops by the Lovegood home and sees her bedroom for the first time. This is when he realizes that Xenophilius is lying to them about where his daughter is. He goes up to her room and on her ceiling is a painting of herself, Ginny, Neville, Ron, Harry, and Hermione with the word "friends" in a gold chain linking them all together. It gives me the feels every time.

Meanwhile, she is helping to take care of Ollivander in the basement of Malfoy Manor. Dobby helps them escape and we know that he dies doing that. Luna gives his eulogy.

She then helps in the final Battle of Hogwarts. Luna was instrumental in helping Harry find The Lost Diadem. She took Harry to the Ravenclaw Common Room (which makes you answer a riddle in order to get in) and showed him a replica of it. She later wards off some dementors with a group of Dumbledore's Army and gently reminds Harry that he has to think of something happy in order to produce his. After Harry defeats Voldemort, she ends things by creating a distraction so that Harry can get some peace and quiet with Ron and Hermione.

She's there in the background for the majority of the huge battles lending her wand skills as well as her knowledge. She always has her friend's backs and also ends up as a guide for Harry when no one else can get through to him. I'm so glad that she forms this close bond with these amazing friends that have learned to appreciate her for who she is.

She is fierce, loyal, intelligent, honest, weird, and incredibly lovable.