The Progeny by Ashlynne Laynne

His goal was always to avoid intimacy - eye contact and kissing. The unpleasant chill of her skin coupled with her need to cuddle afterwards, made him physically ill. 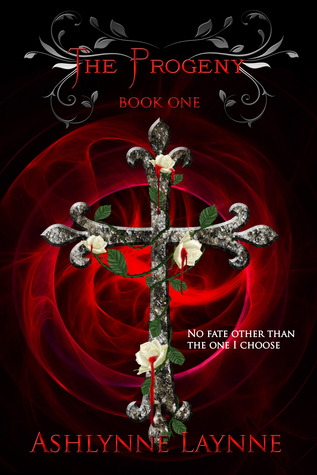 “No fate other than the one I choose.” The timeless creed, and tattoo, bore by the Rousseaus— a vampire clan with the purest bloodline of any vampire family. Out of this clandestine group came one who was different, yet the same: Ascher - a half-bloodling— half- human, half vampire.

Ascher questions the purpose for his existence and which world he truly belongs to: the human world or the vampire world. Two months from sealing to Ursula— a prearranged union to a woman he abhors — he’s at his wit’s end. He knows if he calls off the sealing, the Romanian clan will strike with deadly force, but he cannot see eternity with a cold empty shell of a woman like Ursula.

Just when he thought life was complicated enough, he meets Shauna— a beautiful, bi-racial human wiccan — and immediately develops an unshakable attraction to her. She makes him feel alive and vital despite his origins and Ascher makes a decision that turns his immortal world upside down. Goodreads
Posted by JezzebellJC at 10:40 PM