Welcome to my stop on  The Guardian Series Tour hosted by Parajunkee Book Tours.

The Guardian Series by Wendy Owens

Tragedy has defined Gabe's short existence in this world. An ominous darkness lurked on the edge of his existence until one day in a subway, strange things start happening. A series of events lead Gabe into a new and fascinating life filled with angels and demons, but he isn't sure if he wants to be a part of it.

Gabe is thrust into the middle of this exciting world that is full of things he has longed for in his life but it comes with a price. This new life also promises constant terrifying dangers that Gabe fears he may not be able to survive.

Gabe thought finding out that he was a Guardian Angel was difficult. Then he found out he is destined to be the great protector who will one day deliver the last prophet to either safety or death. If all of that is not enough Gabe must always be on guard since he is being hunted by the most powerful demon in the earthly realm, Baal.

Gabe deals with these struggles because his new life includes Sophie. They grew closer over the summer and now every day seems unimaginable without her in it. Evil doesn't stop though just because Gabe has found happiness. Only this time the evil finds it's way to Rampart manor and Gabe will risk everything to try and stop it.

Gabe has been on the run for five long years, since the night he left Rampart. During those five years he has gone through experiences that have molded him into a hardened man. After the world repeatedly disappointed him, Gabe manages to find peace in solitary confinement. Not only is he safe from Bale's minions, but he finds peace in his solitude.

He thought he had finally found what he so greatly lusted after, a quiet life, all by himself. Until a familiar stranger showed up on his doorstep, pleading for help. Even though Gabe thought he had escaped The Prophecy, things are not always as they seem.

Now Gabe has another chance at love. Choosing to follow his heart could prove to be not only the most difficult decision of his life - but perhaps the most dangerous, too. Just when Gabe thinks he might have it all figured out, he is given the most important duty in his life. If he succeeds it would mean a comfort he has never known and a joy he thought didn’t exist. If he fails it could mark the beginning of the end for all mankind.

To be released April 9th (estimated) Gabe's world was forever altered by the people he came to know and love at Rampart Manor. Although, it wasn't only his life that was changed when he made the choice to leave them all behind.

During his five year absence, they each had a battle with personal demons. Dina is faced with a moral dilemma, the path of good leading to certain heartbreak, or evil, and a possibility of happiness.

Uri meets a mysterious woman who seems to have a lot of the answers that he has been searching for, and she certainly has a place in his heart, if he can only hold onto her.

Sophie is faced with choices she never knew would be so difficult. The
question now is: will the personal demons of the remaining Guardians of Rampart be too much for them to overcome? 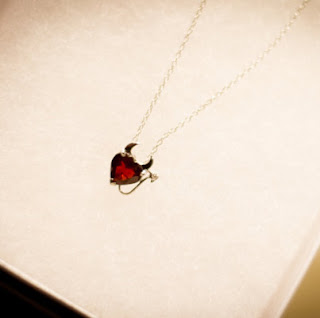 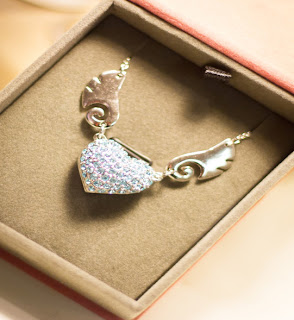 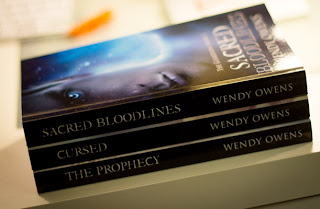 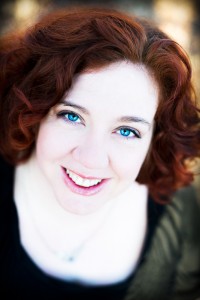 Wendy Owens is a 34 year old author, born in the small college town, Oxford Ohio. After attending Miami University, Wendy went onto a career in the visual arts. For several years she created and sold her own artwork. In 2011 she gave her true love, writing, a try. Her first novel flowed from her in only two weeks time, as though it had been fighting to get out. That moment was when she knew she had found her calling. Wendy now happily spends her days writing the stories her characters guide her to tell, admitting even she doesn’t always know where that might lead. Her first series, The Guardians, will be concluded with the fifth and final book in 2013.

When she’s not writing, this dog lover can be found spending time with her tech geek husband, their three amazing kids, and two pups, lovingly nicknamed stinks and chubbs. She also loves to cook and is a film fanatic.