The Collapse (The Uprising #2) by R.A. Desilets


Teaser from ARC (quotes could change):

"You're changing things. You're taking a stand for what you believe is right, and no one can fault you for that. Not anymore."

I held her close, grateful for the comforting words. They were the last things I heard before the distant sounds of coyotes lulled me into sleep. 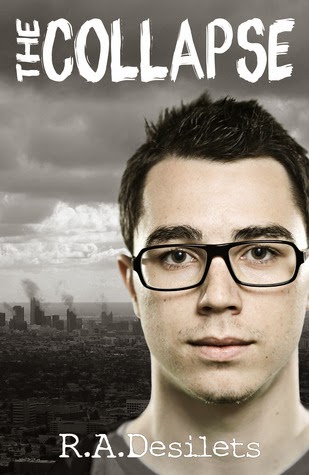 Murphy carries on after Jay abandons Hipstopia-and him. With a mixture of hatred and admiration for his new foe, Murphy becomes more aggressive than ever, unearthing a darker side of himself. He’s willing to sacrifice anything to keep Sky and Hipstopia safe, even if it means killing Jay.

Free from Murphy’s reins, Jason wants to begin his new life with Kiera, but she’ll never be able to settle as long as Leo is trapped in prison. The only way Jason can keep her safe is by going back into Hipstopia with her, but if he sees Murphy again, he doesn’t know if he’ll be able to pull the trigger.

Now on opposite sides of the war, Jason and Murphy tell their stories as they come head to head in the final battle.