This week is Magical 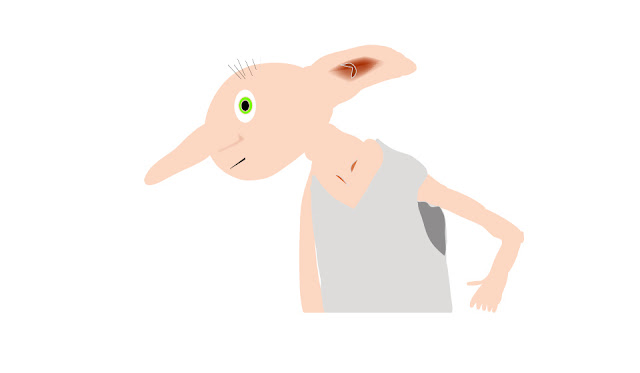 Dobby has to be one of my favorite under appreciated magical creatures. He wasn't even in the movies for most of his book parts!

Dobby is a house elf that is one of the most magical creatures in the Harry Potter world being able to apparate and disapparate even when wizards cannot. They are not allowed wands and are servants which cause Hermoine to create S.P.E.W. or The Society for the Promotion of Elfish Welfare to help them get more rights. Dobby is an unusual house elf that loves freedom and does all he can to help Harry even when helping sometimes hurts.


“What's that supposed to be anyway?" said Fred squinting at Dobby's painting. "Looks like a Gibbon with two black eyes!"
"It's Harry," said George pointing at the back of the picture. "Says so on the back."
"Good likeness," said Fred grinning.
Harry threw his new homework diary at him.”