Welcome to my stop on the The Ferryman + The Flame tour by Xpresso Book Tours! 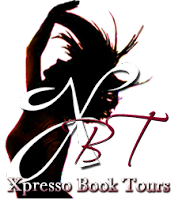 I will be reviewing Justice (The Ferryman + The Flame #2) and there is a Tour-wide Giveaway as well as a Blog Giveaway.


Review for Justice (The Ferryman + The Flame #2) 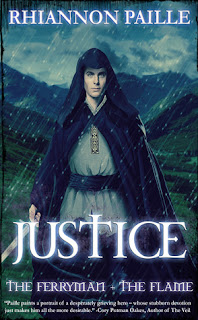 How far would you go to destroy yourself?
Krishani always knew he would have to go to the Lands of Men, but he never thought it would be like this. Enemies everywhere, an ancestor he can't respect, elders he can't trust, a curse he can't stop and friends he can't help but hate. Desperate to end the pain, he sets out on a quest to find the other Flames and face the enemy that took everything from him.

When It Rains, It Pours

Krishani has really reached that point where I'm afraid to ask, "what more can go wrong?" Because I know that even after all the strife he's been through, the mere utterance of that question will likely bring on a deluge of other problems bigger and badder than those before.

This was really a book revolving around Krishani, and I was fascinated with who he is at his lowest. He's cracking up a bit and really lost the will to go on, but pushes forward anyway. He is to that point where I think he would like nothing more than to crumble in a ball and allow himself to cry for a few weeks, but he's not given the chance. Instead, he has to rally and face even worse truths than those that would make him cower in the corner in the first place. OK I am being vague, yes, but I don't really want to give a whole lot away here. Suffice it to say that at the end of Surrender, Krishani's whole world was knocked off it's axis, and in Justice...well, it just keeps spinning sideways.

So I was taken on a journey to the Lands of Men instead of remaining on Avristar where the first story took place. The Lands of Men were mentioned a lot in Surrender as an unknown entity that was scary because of it's difference. While here he is confronted with accepting his destiny or being turned into a Vulture - which are pretty creepy soul suckers. In his mind, neither is an option. I love how Krishani continues to escape in dreams every night that allows me to glimpse more of Kaliel. Her personality is very endearing. He also has the ability to make others look like cowards when the same word could be applied to him if I didn't know him better. Thankfully I know all the anguish of his mind because I am the reader.

The flames were the most interesting part of this story. Kaliel is the amethyst flame, but there are others out there and Krishani is on a quest to find them. I got to meet some flames, all different, and enjoyable. The idea of what they are meant for in the world is phenomenal  They are truly treasures. Tiki would have to be my favorite. I also cannot leave out Pux the feorn...I am certain he does not get the credit that he deserves. He may not think he's special, and everyone else may underestimate him, but I think he is important.

Krishani makes some choices that really annoy me. In the beginning of the book, I saw him hurt the woman that tutored Kaliel. While he may not have been in his right mind, the way the moment was written and shrugged off bothered me. It is not alright to just hurt a female, Krishani.

Also, this book isn't written for the happy. It's a pretty down and out story.

Clearly Krishani is an elf in love. He found his match in every way and all the choices that he makes will always go back to that point first. There is a steamy scene found in the pages of Justice as well.

Following on the heels of Surrender, Justice is a roller-coaster ride of grief and hard decisions. There is a handful of new, interesting characters and action. With the way Paille ended this one, I HAVE to read the next one.

Atara hung her head. "The flames are what the Valtanyana want. They are unlike any other being Across the Stars. Each one is created differently."

He smirked. "Tell me why."
"Why what?"
"Why you want me to make snow."
Kaliel thought for a moment. "To know that magic exists."
Krishani laughed. "You know it does. You do more of it than I do."
Kaliel crossed her arms and stuck out her bottom lip. "What I do isn't fascinating."
"So...I fascinate you?" he asked, taking a step closer and narrowing his eyes. His heart thudded as her eyes locked with his. She bit her lip and took her hands off his forearms.
"Maybe."

It was easy to love Kaliel for all her flaws.

"You cannot change the past," Mallorn said.
Krishani took a sniveling breath and exhaled. "What am I supposed to do?"
"You must live, even when living is excruciating. This too will pass."
Krishani gritted his teeth. "I vow to you that this pain will never pass." His words echoed off the walls.

Rhi was never a normal girl. Her life was an urban fantasy wrapped in a paranormal romance and served with a side of horror. To escape her everyday weirdness she began writing fantasy. She studied at U of Sedona and MIMT, obtaining a PhD in Metaphysical Science and Parapsychology. She's married to a chef/comic book shop owner and has a fondness for architecture. She frequents twitter and facebook, but if you really want to get to know her you should visit her site: www.yafantasyauthor.com


This post is part of a tour hosted by Xpresso Book Tours. Please see the tour schedule here.
Posted by JezzebellJC at 12:00 AM